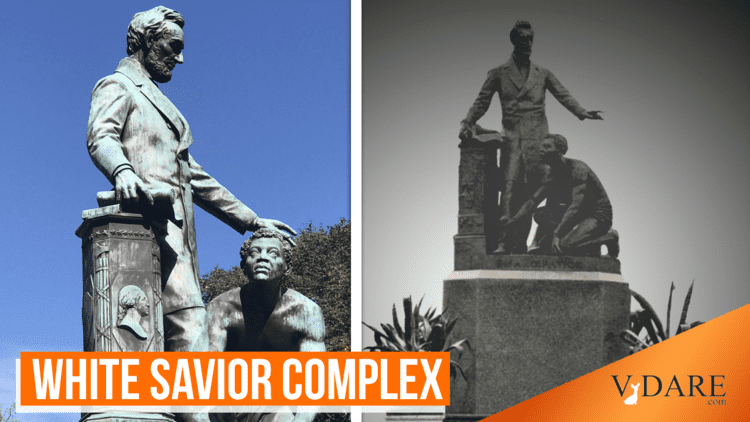 VDARE.com Noticed It First. Yes, the Emancipation Proclamation Statue in Boston Is Condescending.

I’m not an iconoclast and do not support the current trend of toppling statues. However, I actually sympathize with the BLM complaints about the Emancipation Proclamation Statue in Boston. [Petition calling for removal of statue in Boston’s Lincoln Square, by Natalie Rubino, FOXNEWS, June 15, 2020]

In fact, I made much the same point in a 2011 VDARE article where I argued that the statue is really a good example of the Massachusetts White Savior Complex, which is condescending toward blacks. [Doing The Wrong Thing: Does Bill Russell Really Deserve A Statue In Boston, by Matthew Richer, , March 1, 2011]

Who can doubt that this statue will be pulled down this summer, and others will follow?