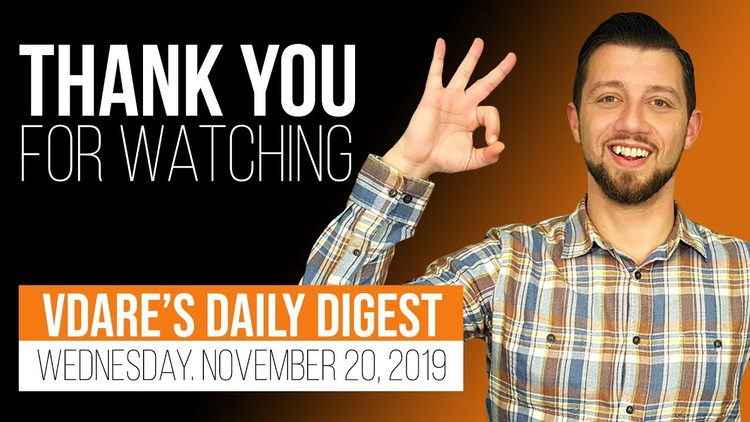 I'd been an MSM journalist for more than 25 years when I launched VDARE.com on Christmas Eve 1999, because an earlier wave of purges had made it impossible to publish facts and analysis about immigration and the National Question except on the then-insurrectionary internet. The subsequent experience taught me a lot of things, but one key insight was just how many talented writers and thinkers are Out There. Journalism is not a profession: it's a trade. "Half the people in Canada who can write a long-form magazine article are in this room," a colleague at Canada's Macleans's once said in a staff meeting I attended in the (pre-internet) 1970s. But it  wasn't true—it was never true. it was just in-group arrogance.

Wilson Hewlett, whose graceful farewell VDARE.com Daily Digest we just posted, is an example of the talent that is Out There in America.

I don't think Wilson had ever been active in journalism before he joined us, and I'm absolutely sure his obvious skills will not be aceepted into the increasingly in-groupish MSM ingroup going foward. But that's their loss (and America's). I'm sorry that financial pressures have forced us to change course now, and I look forward to seeing Wilson in a different role on VDARE.com in the future.

And thanks to Faith Goldy for her first National Question video tonight!