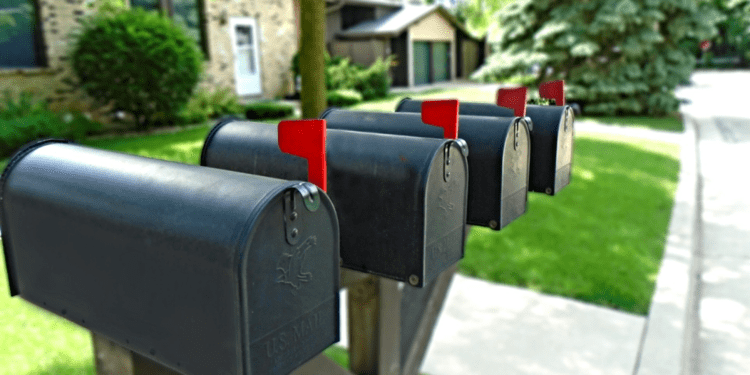 From The Derbyshire Email Bag: Groypers, Pro And Con

In this weekend's Radio Derb I passed comment on the Groypers. The relevant remarks are at 34m23s on the sound file here.

I wasn't very complimentary, although I emphasized that I'm new to the Groyper phenomenon and my judgments are early and provisional.

Googling around to find out about Groypers, I soon brought up Nick Fuentes' "Cookie Monster" video. In my Radio Derb commentary I called it "dumb and self-indulgent" and unlikely to "advance any cause that's dear to me." I further predicted that on the evidence of that video, the Groypers "are headed down the same plug-hole the Alt-Right disappeared into."

In response to that I got the following email from a listener.

Just a quick comment regarding you recently addressing Nick Fuentes and the Groypers in your most recent Radio Derb. First of all, I know as a long time reader and listener that you get an awful lot of emails from Jew-obsessed monomaniacs and I can only imagine the irritation this must cause. However, I think with regard to the Holocaust joke Fuentes made that this is more a generational thing. The Gen Z/Zoomers are so far separated by the events of World War 2 that the Holocaust is looked at by them much the same way as we might look at the English Civil War, the Mongol Invasion and the destruction of Carthage. And unlike those three examples, they've had that tragic event hammered into their head with all the other grievance histories and are just reacting against it.

Perhaps due to my nationality (Australian), I'm also used to hearing jokes about tragedies. For example, in less than a month after the Port Arthur Massacre in Tasmania (in which 35 people including children died), there was a joke going around that I still remember:

Q: What do Antarctica and Port Arthur both have in common?

Nick is still young and I don't disagree that if he's not careful, he could be dealt with the same way as the alt-right movement was but he's firmly on side with the National Question. This clip was also from a while back and is only out to smear him by the same sort of cowards and gatekeepers that unpersoned you in 2012. There was no way it would have come out so suddenly if someone didn't have it ready.

The first thing to say about that is that it's the kind of email we public bloviators appreciate: thoughtful, polite, well-reasoned disagreement. We get way too many of the other kind. Thank you, Sir.

He has a point on the generational issue, too. I was born in between V-E Day and V-J Day. I grew up listening to adults reminiscing about The War. It was an immediate thing: the horrors were fresh in people's minds. For Fuentes, born (I think) 53 years later, it's just another bit of history—a bit that has been folded in to the grand schema of guilt and victimhood that is taught as history in our schools nowadays with, as its principal aim, making white people feel terrible.

I can understand that a young white person of spirit sees that schema as bogus. Much of it is. He wants to make snarky comments about it. I get it.

When I was in my teens the movie theaters in England played the National Anthem at the end of the show. Everyone was supposed to stand up for the duration of the Anthem. We bold young teen rebels made a point of staying in our seats, to much snarling and fist-shaking from other movie-goers—some of whom, I now reflect, must have fought and suffered for the nation, perhaps lost friends or loved ones, twenty years before.

No doubt this kind of thing happens with every generational turnover. One shouldn't make too much of it. To that degree my correspondent has a point.

I still have my point, though, and I stand by it. Our enemy, the CultMarx-Conservatism, Inc. alliance, is mighty, ruthless, and rich. We can't afford to give them stuff they can use. They sure can use stuff like that Fuentes clip—and are using it, as evidenced by the fact that if you start googling Fuentes, it's one of the first things that comes up. (Whose side do you think Google is on?)

For us on the Dissident Right the goals are:

None of those goals is advanced by cracking Holocaust jokes or giving stiff-arm salutes. You're just making things easier for the other side. The Hitlery-Hitlery-Hitler stuff is their obsession, not ours. There's no good reason for us to bring it up in any way at all. Doing so pleases them, helps them.

As PostTenureTourettes says, we need more intellectual seriousness on our side; sophomoric humor isn't going to advance our interests.

I'm told that Nick Fuentes resents being stuck with that video clip, as if he'd never done anything else. Hey, cry me a river, pal.  Things stick; it's the nature of the game. Ask O'Grady.