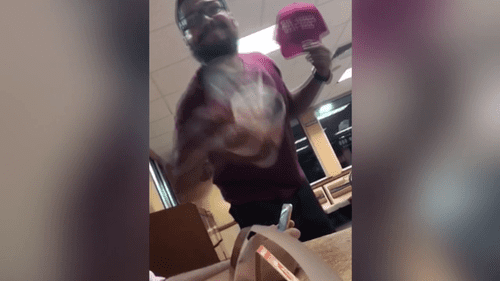 If you watch the video linked below, you'll see a black man (Update: a dark-skinned Hispanic, I was deceived by the lighting) throw a drink in the face of a white teen, and steal his MAGA hat. The headline, however, is Viral video: Teen says he was attacked for wearing 'Make American Great Again' hat, by Joe Galli, July 4th 2018.

Why? It's all on video, you can't hush it up. But that's how the MSM thinks.  When a black reporter murdered two white colleagues for explicitly racial reasons, one MSM operative was incandescent with rage when Breitbart said that.

For more, see “The Truth Is Racist”—Why The MSM Establishment Is Beating Up BREITBART Over Vester Flanagan.

It's like if they don't say that, it didn't happen.