Spanish-language Univision's anchorman Jorge Ramos, who makes Gloria Vanderbilt's son Anderson Cooper look like the I-don't-have-to-show-you-no-stinking-badges undocumented federale inTreasure of the Sierra Madre, is the subject of a fawning write-up in The New Republic.

The night after the presidential election, the news anchors on the Spanish-language network Univision, Jorge Ramos and Maria Elena Selena, began their nightly newscast with something of a celebration. As Ramos opened the broadcast, the screen lit up with the numbers 71 and 27—the share of the Hispanic electorate that voted, respectively, for Barack Obama and Mitt Romney. The surge in Latino voting was a coup for Ramos, who is as much an immigration activist as he is a news anchor. In an ABC News advertisement targeting Latino voters, Ramos explained the stakes: “I know we are 50 million strong, but it means nothing if we don’t vote. The lesson is very simple: If you vote, we will be powerful.” ...

Over the phone last week, Ramos told me that he sees Univision as a “social leader” in the Hispanic community. The network’s role in the community was especially clear in the weeks before the election, when it devoted extensive news coverage to the voter suppression efforts across the country and provided information for their viewers about voter registration in hopes of getting out the Latino vote. “Some people have really no other option than to watch us to find out what is going to happen with their life,” Ramos told me. In 2010, a survey from the Pew Hispanic Center found that Ramos was one of four people Hispanics identified as the “most important” national Latino leader—along with Sonia Sotomayor and Democratic Congressman Luis Gutierrez.

That's one way to put it. I covered that Pew Hispanic Center survey for VDARE.com last year, and the actual results are more amusing:

In the Pew survey, done in late summer 2010, random Hispanics were first asked an unprompted question: “In your opinion, who is the most important Hispanic / Latino leader in the country today?”

The runner-up: “No one”, with ten percent

Nobody other than this Feeble Four broke the one percent barrier.

When the immigration debate begins in earnest, “from that table in Miami, he is a player in the negotiations,” says Roberto Suro, an expert on Latino politics and media at USC’s Annenberg School (and a friend to Ramos).

Ramos, who is 54, was born in Mexico, where he worked as a radio journalist until 1983 when government censorship compelled him to move to America. In 1986, at the age of 28, he became the anchorman for Univision, and in the years since, he has become an impassioned advocate for undocumented immigrants.

Ramos and Univision have not been shy about promoting their liberal stance on immigration. In A Country For All: An Immigrant Manifesto, one of several English-language books Ramos has written on the subject, he lays out his stance on immigration reform, making it clear that he wouldn’t accept anything short of citizenship—not even permanent legal residency—for the undocumented workers in this country. 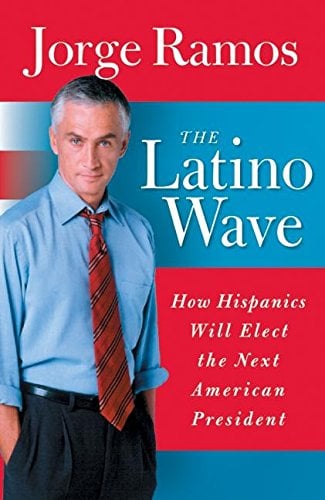 Like thorough, unbiased reporting that challenges your way of thinking? Subscribe to The New Republic for $3.99/month.

Univision’s activism in this regard, Ramos admits, sets it apart from its English-language counterparts. “Within the Hispanic community, since we are gravely under-represented politically, Univision and the Spanish language media have become social leaders or activists,” he says, adding that while Latinos make up nearly 17 percent of the population, they only have 28 members of Congress when they should have at least 75. “Something has to compensate for that. That’s where Univision and Spanish language media comes in. We do things you would not expect other networks to do in terms of giving guidance to our viewers on a lot of issues like immigration, health care, and voter registration.”

... If the GOP’s strategy of embracing immigration reform has any chance of wooing back Latino voters, it will have to depend on Spanish-language media, particularly Univision, to get its message across. Eighty-eight percent of Latinos watch Spanish-language television, according to the American Journalism Review, and Univision is the clear leader in that market. For many Latinos, Univision is their only source of news.“72 percent of Latinos who watch Univision’s main evening news broadcast with Ramos and Salinas do not see any other television news,” according to the Guardian.

Aren't you supposed to pass an English test to become a citizen? Or is that just too racist to enforce these days?

This will be difficult for Republicans, because Univision has helped drive the perception that the GOP is hostile to Latinos—for example, when the Spanish language networks covered Arizona’s immigration law, the authors of "Not Business as Usual" wrote that Telemundo and Univision “contributed to a discourse of fear by choosing to frequently include the most outrageous and polemic anti-immi-grants examples, such as the statements of Maricopa County Sheriff Joe Arpaio.”

Still, Republicans did little to counter their party’s image on the network. Only Newt Gingrich and Romney showed for Univision’s Republican primary debate and Romney’s forum with Univision during the general election was disastrous. According to reporting from Buzzfeed, when Ramos mentioned in Romney’s introduction that the candidate had agreed to a 35-minute segment, while the President had agreed to a whole hour, Romney “threw a tantrum” and refused to go on stage until they re-taped it. And, once the forum began, Romney’s audience—made up of campaign volunteers to make up for the lack of interest from University of Miami students— cheered for Romney and booed questions from the moderators, offending Ramos’ co-anchor, Maria Elena Salinas. (Romney’s unusually orangey-tan complexion during the forum also gave way to speculation that he’d intentionally made his face darker for the event, but the make-up artist at Univision later told reporters that the tan was natural.)

You might think this would be a good point to mention what Ramos looks like. But, that would be too ironic. The joke is that the typical Hispanic Leader Demanding Immigration "Reform" Now is a white person who makes his living off the sheer quantity of Hispanics in the country, and is of course constantly demanding more warm brown bodies to boost his bank account. (I reviewed Ramos's 2004 book about how Latinos were going to elect the next President and noted the huge number of product placement pitches in his constant stories about candidates who lost because they didn't buy enough ads on Univision.)

But jokes are funny, and immigration, diversity, race, and all that is too sacred.

It also probably won’t help that the Republicans’ supposed leader on immigration reform, Florida Senator Marco Rubio, has a troubled history with the network regarding a dispute over its coverage of his family, a story detailed in The New Yorker by Ken Auletta.

It isn’t too late for Republicans to learn to better use Univision, and Democrats shouldn’t take their lead for granted. Ramos writes and speaks fondly about George W. Bush, who may have been the only presidential candidate to understand the importance of Spanish-language media, having hired Sonia Colin, a former Univision reporter, to handle his Latino outreach in his 2000 campaign.

Have you ever noticed how Mexican-American affection for George W. Bush over Mitt Romney is never framed as reflecting the least bit badly on Mexican-Americans? I'm sure Bush would have won 10 to 1 over Romney in a poll of Latinos of who they'd rather watch Sabado Gigante with on Univision. But that Bush appealed to Mexicans because he seemed like kind of an idiot is always treated as a Good Thing in the context of liberal write-ups on immigration.

... Those in the GOP who think their party’s survival depends on winning the immigration reform debate would do well to pay attention to how their policies play with Ramos, who, like the president, supports a path to full citizenship (the White House’s blueprint proposes legal residency after eight years and possible citizenship five years after that). ...

In an email, House Majority Leader Eric Cantor’s spokesman Rory Cooper punted on the GOP’s specific plans for reform by reiterating the need for the Presidents’ leadership and, tellingly, referred to a Republican-backed STEM Visa program that would make it easier to keep immigrants with degrees in science and engineering—a proposal that, while good, is mostly unrelated to Latino immigration.

Huh? I thought from the press coverage that all those DREAMers were rocket scientists who are going to enable America to finally go to the Moon.