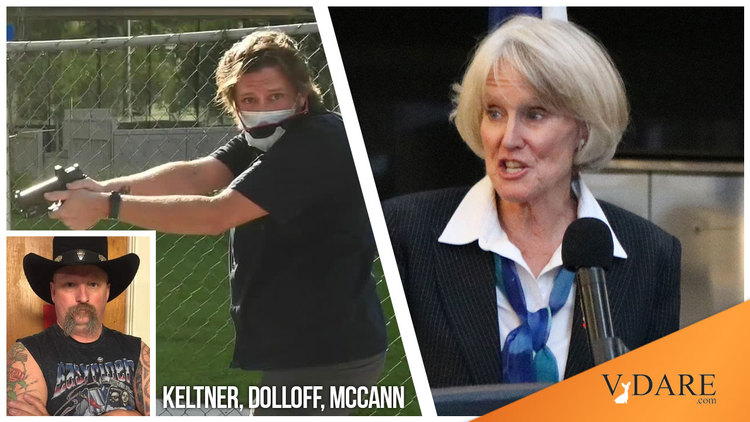 Denver DA Beth McCann has decided to let Matthew Dolloff get away with murder.

Prosecutors plan to drop the murder charge filed against an unlicensed security guard who shot a man in 2020 following dueling rallies in downtown Denver because they don’t believe they can overcome the security guard’s claim that he acted in self-defense.

Matthew Dolloff, 32, shot and killed Lee Keltner, 49, on Oct. 10, 2020, during a confrontation between the pair toward the end of two opposing political rallies in Denver’s Civic Center. One demonstration featured conservative ‘Patriot Rally’ attendees. That group was met by left-leaning counter-protesters.

Dolloff’s attorney, Doug Richards, said prosecutors with the Denver District Attorney’s Office told him they intend to dismiss the second-degree murder case at the pre-trial conference scheduled for March 21. A jury trial was scheduled to begin April 12….

A spokeswoman for the Denver District Attorney’s Office on Thursday confirmed that prosecutors plan to dismiss the murder charge because they cannot overcome Dolloff’s statement that he acted in self-defense. Dolloff had not been charged with anything else in connection with the fatal shooting….

In line with our ethical obligations, we cannot overcome the legal justifications of self-defense or defense of others, Tyler said. We are not able to prove guilt beyond a reasonable doubt.

Actually, White Brunswick Judicial Circuit District Attorney Jackie Johnson did respect McMichael’s right to survive, but she was then removed from office and charged with felonies.

Normally, it is Democrats who scream “prosecutorial discretion,” when their side breaks the law. However, DA Johnson is being prosecuted by Republican Attorney General Chris Carr.

A grand jury indicted Johnson, 49, [in September] on a felony charge of violating her oath of office and a misdemeanor count of obstructing police. Johnson was the area's top prosecutor when three white men chased and fatally shot Arbery last year. The indictment alleges she used her position to discourage police from making arrests in the 25-year-old Black man's killing.

“Republican” is one of the worst curse words I know.