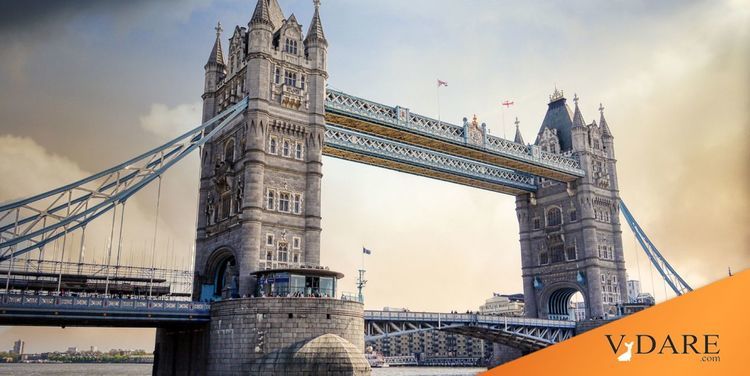 Immigration from outside the EU 'linked to UK jobless'

That's the state-owned BBC's headline on a story about the British government's Migration Advisory Committee's just-released finding that immigrants from outside the UK do indeed worsen the unemployment rate for native-born Britons.

As always, there is a competing study with typical immigration enthusiast weaseling about the impact being hard to trace.

But the BBC's own reporter, Danny Shaw, comments that "the MAC report is arguably the most persuasive because it draws on in-depth analysis and research - and it just makes sense."

The point, however, is that there is an actual debate in Britain. The concept of immigrant displacement of native-born workers is actually being discussed in Establishment circles.

In ignomious contrast, the only discussion of immigration's impact on American workers that I'm aware of is by VDARE.com's Ed Rubenstein (for example, see December's Employment Report: Three-Fifths Of New Jobs Went To Immigrants).

What's wrong with the American Establishment?