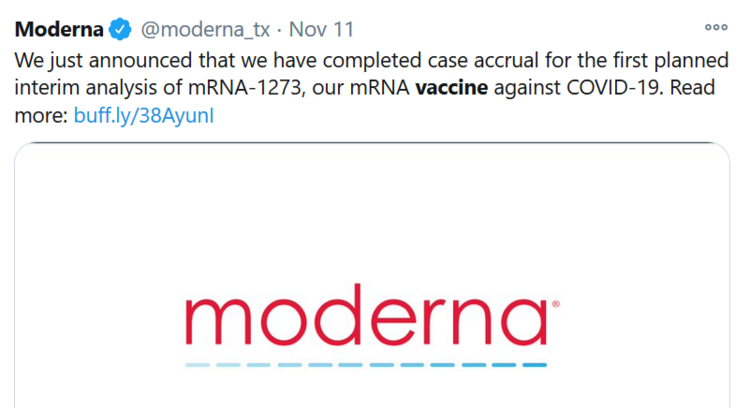 It ought to be important to Donald Trump that his administration be remembered for doing an impressive amount to solve the pandemic of 2020-2021 by speeding the approval of vaccines. On the other hand, Trump is mad at Pfizer for slow-walking the announcement of the efficacy of their vaccine until after Election Day.

Fortunately, it appears that a second “messenger RNA” vaccine like Pfizer’s, Moderna’s, will soon announce a successful trial, having reached its pre-approved first interim trial point of 53 cases.

But the announcement of a second successful vaccine in record time would be an impressive vindication of the Trump Administration’s determination to focus on removing regulatory roadblocks to development of a vaccine.