Today, the New York Times restrains itself, barely, from explicitly naming Donald Trump as the cause of the execution-style shooting of two Bangladeshi Muslim clerics in Ozone Park, Queens, but does hint broadly whose fault we all know it is:

2 Killings Near Mosque Plunge a Queens Neighborhood Into Fear

On Sunday afternoon, Nurul Khan changed clothes after working around his house on a sweltering day and set off on a short walk, just around the corner, to his mosque to pray. It is a stroll he takes five times a day, he said, starting each morning before the sun has risen.

He has gotten to know some of his neighbors living along the route, families in the brick and clapboard homes of Ozone Park, Queens. Many of them are Muslim, he said, and had come from Bangladesh, as he did. But he pointed out homes belonging to Catholics, and just next door to the mosque, he said, was a Hindu family.

“Everybody, we get along,” Mr. Khan said. But as he watched his young nephews running ahead of him, he could not help fearing for their safety and his own. “Now,” he added, “everybody is scared.” …

The killings have been deeply unsettling for this working-class neighborhood, home to immigrants from around the world. The crime has left many worshippers grieving but also fearful, because they live nearby and walk the sidewalks to attend services. “This is a shock to us,” Mr. Khan said, placing his hand over his heart. 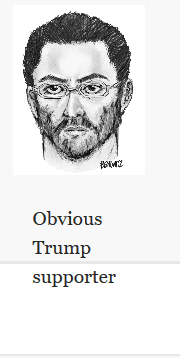 On Sunday, the police released a sketch of the suspected attacker showing a man with a beard, dark hair and glasses. The image appears on posters attached to street signs and poles around the neighborhood and has been put up on the front door of the mosque. No arrests had been made as of Sunday night.

Investigators have video of the shooting itself that shows the gunman calmly approaching Mr. Akonjee and his assistant, Thara Miah, 64, from behind and shooting each of them in the head from roughly eight to 10 feet away, a law enforcement official said. “He turns and walks away deliberately, not in a great rush,” the official said, who spoke on the condition of anonymity because the investigation was continuing. “It appears he has some degree of training or proficiency.”

Police officials said on Sunday that the motivation for the attack remained unclear. Even so, many in the neighborhood were not waiting for an official declaration, saying unequivocally that the killings were a reflection of a particularly hostile moment for Muslims in the United States.

“This was absolutely a hate crime,” said Bazlur Rahman, 49, speaking near the two-story brown clapboard mosque. “This is a busy intersection filled with people, and the two people killed were the ones in Muslim clothing. How is that anything other than targeting?”

Anowar Miah moved to the United States from Bangladesh as a child and has seen the political climate intensify, with more hostility toward Muslims since the terrorist attacks of Sept. 11, 2001. “But it’s gotten infinitely worse this election,” he said.

“These misperceptions of Islam are not just hateful, they’re deadly,” he said. “We’re targets now. Our kids are growing up in this environment now — they’re scared to live as Muslims.”

Rokeya Akhter, who lives in Jamaica, Queens, was among those who came from around New York City on Sunday to offer their condolences and to express their anger and concerns. “Women are especially fearful because we wear the head scarf, so we can’t just blend in easily,” she said. “We’ve been trying to go outside less and avoid the dark or empty places, but this was in the middle of a busy street during the day. It makes you feel like nowhere is safe.”

In a statement on Sunday evening, Mayor Bill de Blasio acknowledged those concerns, even though the motivation for the crime was unknown. “We do know that our Muslim communities are in the perpetual cross hairs of bigotry,” he said. …

A version of this article appears in print on August 15, 2016, on page A15 of the New York edition with the headline: 2 Killings Near Mosque Plunge a Queens Neighborhood Into Fear.

So, basically, Trump shot the imams … maybe not physically, but morally.

The Washington Post puts Trump’s name in its clone article:

… But in an election year marred by anti-Muslim vitriol, from the Twittersphere to Donald Trump’s campaign stage, there is a feeling of certainty for many in this Queens community that what happened was a hate crime — a double murder perpetrated because the men were Muslim — and they want to hear the city say it out loud.

“As a community organizer, it is obvious,” said Rokeya Akhter, 55, a Bangladeshi American activist who drove to the Ozone Park mosque with two friends from the nearby neighborhood of Jamaica on Sunday to show their support. “They were targeted as Muslims.” …

Uddin said the family had not experienced hostility before his uncle’s murder. But like other community members who spoke Sunday, he said he could feel the national rhetoric against Muslims creeping into his life.

When he posted the news of his uncle’s death on Facebook, someone quickly responded. “You were warned not to mess with the West and now you must suffer thy consequences!” the stranger wrote in a diatribe against Islam that left Uddin bewildered. The message continued: “Tick tock .?.?. TRUMP2016!! Death to all who challenge Western Civilization!!” …

Najmi, who said hate-crime charges are difficult to secure because police must show a discriminatory intent, is struggling to get his client’s case classified as a hate crime.

“I think it’s directly related to the incitement leveled by Donald Trump,” he said of the attacks, including Saturday’s killings. “I believe there’s a correlation there and a causation. The community is really on edge between everything he’s doing and what we’re seeing on the ground.”

Trump’s campaign said in a statement that it was “highly irresponsible” to blame a political candidate for the attacks, the Associated Press reported Sunday.

It is of course highly irresponsible because the NYPD had identified the killer as Hispanic back on Saturday.

Embarrassingly, the New York Daily News has a more up to date story:

Suspected shooter in Queens slaying of Imam and friend taken into police custody, believed to be an experienced triggerman

A man suspected of gunning down a Queens imam and his friend outside a mosque was taken into custody Sunday night, sources said.

The motive in the horrific Saturday afternoon killings may be an ongoing feud between Muslims and Hispanics, according to sources. They said an NYPD Regional Fugitive Task Force was conducting what turned out to be a “brief surveillance” on the suspect in Queens when he rammed an unmarked cop car and officers nabbed him.

Police officials could not confirm whether a suspect was in custody.

Video of the Saturday night ambush showed the shooting was a planned execution.

Sources said that when the killer fled the scene of the murder in his car, he hit a bicyclist who took down his license plate.

Cops had been tracking him down ever since. Investigators were questioning him early Monday, and were waiting for a warrant to check his home.

Sources also pointed to an ongoing feud between Muslims and Hispanics in the neighborhood. A group of Muslims allegedly attacked some Hispanics a few weeks before, and the shooting may have been pay back. …

“This guy looks like he has shot a gun before. You don’t walk up behind someone, even from 5 feet, and just get two head shots. How many times you see cops fire 16 times and they hit the guy only twice?” a police source said. …

Cops released a sketch of the suspect and described him as tall and Hispanic with a thin beard, dark hair and glasses. It was unclear whether the person sources said was in custody matches that description. It was also unknown if both men were intended targets. …

But Khairul Islam Kukon, a community activist and a member of the mosque called out [Mayor] de Blasio for not visiting the site.

“It’s been more than 48 hours,” Kukon said. “The mayor has not been here. If this was a Jewish community, the mayor would be there the next hour.” …

Scared Muslims who pleaded for more police protection in the neighborhood immediately suspected the murders were a hate crime. Many said GOP presidential nominee Donald Trump’s anti-Muslim rhetoric had set the stage for the killings.

“We think it’s a hate crime. All this Donald Trump … we have been dealing with a lot of hatred lately,” said Arief Hussain, 23.

But mosque member Johnny Patway said politics should not be part of the discussion.

Sorry, Hispanics, but you are so 2013. It’s the current year, which means the media are bored with you again and now only love Muslims. Why? Because you Hispanics don’t hate us enough.

Yeah, the idea of Bangladeshis and Latinos feuding doesn’t make much sense in the conventional perspective of how everything bad that happens today is the fault of white people long, long ago. But I grew up in Los Angeles, so I got to experience the future before most people did. So I learned four decades ago when Grant H.S. near my house was scene to recurrent Armenian vs. Mexican race riots from the mid-1970s through the mid-2000s, that immigrants will come to American from all over the world and quickly get into brawls with other immigrants that they never heard of before. Nobody in Mexico thinks about Armenia and nobody in Armenia thinks about Mexico, but when the Lebanese Civil War broke out in 1975, driving a lot of Armenians to Los Angeles, within months there kids were rioting versus Mexicans.

As a white American, I was supposed to think really hard about why this was my fault. But, I never could figure it out.