Trump In New Hampshire: “The Well-Being Of American Citizens”, NO Mention Of Increased Legal Immigration, And Fact-Checking The Fact-Checkers

Trump held a rally in New Hampshire, pictured below:

It's indoors because it's in New England in February, but it's sold out, which means that a lot of New Hampshiremen and women had to line up outside for a while.

Trump did mention immigration, but not, as we like to check, increasing legal immigration. Here's Trump at 29:07 in his speech:

After years of building up other countries, we are finally rebuilding our country. Or no issue haveWashington Democrats more thoroughly sold out the American people than a thing called immigration, right?

Before I came into office, the far left's policy of open borders allowed deadly drugs to flow freely into our country, and that's what they want. [Audience Boos] I see them campaigning right down the street. It's really boring to watch, but I try and watch. I have an obligation to watch, really boring stuff, but they want open borders.

They want thousands and thousands of people to pour into our country, many of whom are not exactly what we're looking for. OK? I mean, murderers, rapists, and some other things. They're going to be poisoning our children with drugs, including right here in New Hampshire. And you have one of the biggest drug problems in the country, and we brought it down 18%. But we have to do better.

At an October rally in Arizona, Mr. Trump criticized Democrats for allowing undocumented immigrants to apply for driver’s licenses. “Next thing you know, they’ll want to buy ’em a car,” he speculated. “Then they’ll say the car’s not good enough, we want — how about a Rolls-Royce?”

A day later, at a campaign rally in Nevada, Mr. Trump presented this theory as reality, telling supporters that Democrats wanted to give cars and licenses to undocumented immigrants in addition to free health care and education.

After the claim was debunkedby news outlets, Mr. Trump responded by ridiculing the news media for mentioning the Rolls-Royce, which was not the actual subject of the fact checks.

“They said he gets a Pinocchio for that,” Mr. Trump said to laughter at a campaign rally in Mississippi, referring to The Washington Post’s rating system for false claims. “They got me!”

Deciphering the Patterns in Trump’s Falsehoods, by Linda Qiu, December 29, 2018,

Let me rebunk the false claim here—all illegals are eligible for licenses, healthcare and education under the Democrats' plans, and refugees have been getting free cars for years, as we reported here almost 20 years ago, when the NYT said that there were "false rumors" that Somali refugees were "getting free cars, courtesy of the government".

It works like this: All non-governmental organizations [NGOs] involved in settling refugees – the so-called "refugee contractors" such as the Roman Catholic charities and the Hebrew Immigrant Aid Society - are using the incredible expanding DHHS Office of Refugee Resettlement Matching Grant program (ORRMG). Now 24 years old, the program was started to encourage direct private giving to refugees. It provided matching federal monies, first equaling and eventually doubling every dollar provided by the NGO refugee contractor.

"Matching grant" refugees are a subset of the contractor's refugee caseload. They have agreed to forgo welfare (except for food stamps and free medical care) for 4 months while participating in the program, which is oriented towards placing the refugee in a job. But the refugee contractors tend to pick refugees who are already job-ready. And, after just 4 months, the refugee can leave the program and go on welfare anyway. In total, the NGO refugee contractor can expect a cash grant from the taxpayer up to a limit of $2,000 per refugee - which can be multiplied by the number of refugees participating in the program.

The refugee contractor's staff salary and administration overhead can be covered with this money.

And the NGO refugee contractor can put up only 20% of its match in actual money - the rest can be donated goods valued at, well, whatever they can get away with. 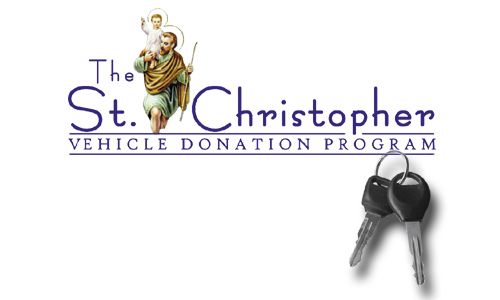 Only about a third of recent refugees participated in the ORRMG. I presume a minority received a free car. I made several calls to the Office of Refugee Resettlement to determine how many. But, apparently, no one at ORR knows - even though, under ORRMG guidelines, the contractors must show how they meet their "match" for each claim.

But we do know that Catholic Social Services in Lincoln, Nebraska is dealing in so many cars under ORRMG it was required by the state to register as a used car dealer!

Paranoids Can Have Enemies. Refugee "False Rumors" Can Be True,

And if you still wanted to make this a "false claim" by saying refugees are different from illegals, they're not. People come in illegally and claim refugee status, refugees get rejected and refuse to leave, still being illegal.
Charities ignore the immigrants legal status when giving free cars, what they're concerned about is the tax deduction.
But finally, the only mention of legal immigration is Trump's boilerplate phrase

"With your help, we will lift millions of more of our citizens from welfare to work, dependence to independence, and poverty to prosperity. Together, we will elect a Republican Congress to create a fair, sane, and lawful system of immigration."

Pessimists may see that as supporter for some Kushnerian increase in legal immigration, but I don't think Trump would say that. The fact that he does these rallies where he speaks to crowds leads the Left to call him a "demagogue", which literally means "speaks to the people".
But these rallies also allow him to listen to the people who vote for him—and if he spoke up for increased immigration, he'd get booed. This "listening to the people" thing isn't demagoguery, it's called "democracy".