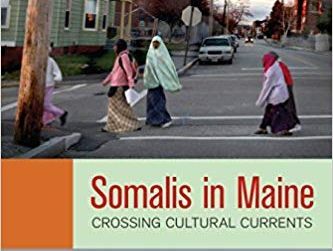 Paranoids Can Have Enemies. Refugee "False Rumors" Can Be True

The New York Times' trouble with the truth extends beyond one reporter. In fact, if the Times management succeeds in keeping blame focused on Jayson Blair alone, it will have pulled off a feat second only to the fabrications of Mr. Blair himself.

Reporting last year about the influx of Somalis to Lewiston, Maine, the Times' Pam Belluck wrote:

"Rumors began running through this overwhelmingly white working class city after a stream of Somali immigrants started arriving…. People whispered that Somalis were getting free cars, courtesy of the government, $10,000 grants, even free air-conditioners and groceries"

"None of this was true, but the intensity of the false rumors reflects the distinct unease surrounding the sudden arrival of so many Somalis to this fraying mill town".

(Mixed Welcome as Somalis Settle in a Maine City, by Pam Belluck, 10/15/02. Used also as a New York Times' "lesson plan" for schoolteachers, which is about what you'd expect.]

Had the "intensity" of these "false rumors" aroused even the slightest desire to find their source, we would have learned that there is, in fact, a substantial basis for many of the rumors about the refugee influx. (Most of the Somalis arriving in Lewiston originally arrived as "refugees," though the local media originally portrayed them as non-refugee immigrants.)

* Free groceries "courtesy of the government"? According to government reports (latest ORR Annual Report to Congress, 2000), about 28.5% [Table 12] of recent African refugees receive food stamps. Could that be the source of those "rumors"?

Indeed, a little more reporting would have revealed that the 28.5% figure comes from a completely voluntary phone survey about the use of public services. But refugees learn quickly that their entitlements are not very popular with their neighbors who are competing for the same dwindling public services. And they also learn their survey answers are not verified - and that there is no penalty for lying. In all likelihood, the survey seriously understates the actual usage of food stamps and other public services.

It works like this: All non-governmental organizations [NGOs] involved in settling refugees – the so-called "refugee contractors" such as the Roman Catholic charities and the Hebrew Immigrant Aid Society - are using the incredible expanding DHHS Office of Refugee Resettlement Matching Grant program (ORRMG). Now 24 years old, the program was started to encourage direct private giving to refugees. It provided matching federal monies, first equaling and eventually doubling every dollar provided by the NGO refugee contractor.

"Matching grant" refugees are a subset of the contractor's refugee caseload. They have agreed to forgo welfare (except for food stamps and free medical care) for 4 months while participating in the program, which is oriented towards placing the refugee in a job. But the refugee contractors tend to pick refugees who are already job-ready. And, after just 4 months, the refugee can leave the program and go on welfare anyway. In total, the NGO refugee contractor can expect a cash grant from the taxpayer up to a limit of $2,000 per refugee - which can be multiplied by the number of refugees participating in the program.

The refugee contractor's staff salary and administration overhead can be covered with this money.

And the NGO refugee contractor can put up only 20% of its match in actual money - the rest can be donated goods valued at, well, whatever they can get away with.

Only about a third of recent refugees participated in the ORRMG. I presume a minority received a free car. I made several calls to the Office of Refugee Resettlement to determine how many. But, apparently, no one at ORR knows - even though, under ORRMG guidelines, the contractors must show how they meet their "match" for each claim.

But we do know that Catholic Social Services in Lincoln, Nebraska is dealing in so many cars under ORRMG it was required by the state to register as a used car dealer!

With refugee numbers down in 2002 to less than 30,000, you might expect the money handed out under ORRMG to decline. But in 2000, ORRMG beneficiaries were expanded to include successful asylum seekers and "Cuban/Haitian entrants" - bureaucratese for another class of privileged immigrants who, like refugees, are eligible for all forms of welfare upon arrival. Thus the refugee NGOs have potentially picked up about 50,000 new cash-generating clients a year.

It wouldn't be surprising if there were "false rumors" surrounding the refugee influx – because of our intensely politically-correct Big Media. Its tendentious reporting often has an effect opposite to the intended purpose. Many media consumers simply assume that that the real story is the story that is not reported.

As of today, if I were to compare the average urban legend with typical Big Media reporting on the same subject, my bet would be on the legend.