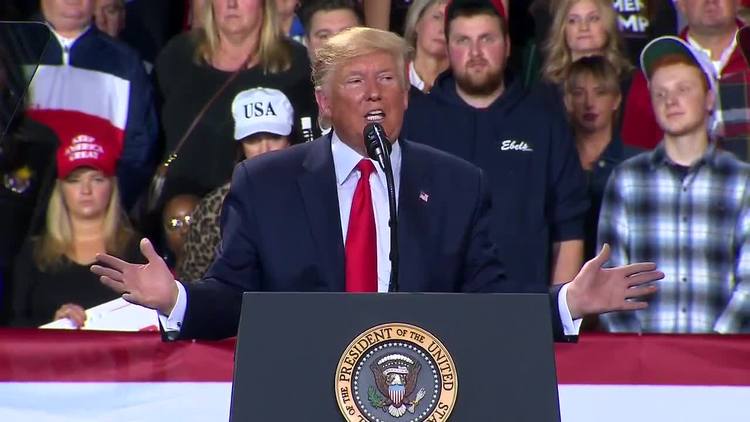 Trump spoke in Battle Creek, Michigan on the 18th. Read the transcript here.

He spoke about a number of things, including trade policy. The same House of Representatives that voted to impeach him also passed a historic trade deal, the USMCA, with bipartisan support, handing Trump a victory. And he started out by saying Christmassy things, "Merry Christmas", "this sacred season," "I'm thrilled to be here with thousands of hardworking patriots as we celebrate the miracle of Christmas, the greatness of America and the glory of God" and finally "And did you notice that everybody is saying Merry Christmas again? Did you notice? Saying Merry Christmas."

If Hillary had been elected, it would have been "Always winter and never Christmas" as in Narnia.

Is that OK, that we were surrounded with globalists.? You know they think it's OK to open a plant in some country that you never heard of. They make your product, they send it. In the meantime, they close all their factories here, we're not doing that anymore. Those are globalists, they think it's wonderful to have deficits.

I don't they think it's great, it's a great thing to have deficits. No, those are globalists. The globalists are passé.  On no issue have Democrat politicians more thoroughly betrayed the American people than immigration.[Emphasis Trump’s.] Every Democrat running for president wants to open the floodgates to unlimited refugees from all around the world, overwhelming your communities and putting our national security at grave risk. [Booing]

Some of these stories are so sad, some of the stories are so sad. When it comes to setting immigration policy, we always remember this sacred truth, our first duty and our one true allegiance is to you, the American people, before anybody else. We must care for our own citizens first. Democrat immigration policies are resulting in brutal assaults and wicked murders against innocent Americans.
I don't know if you even know what's happening. It's terrible. And we've moved out thousands and thousands of MS-13 thugs out of our country. And we have agreements now with Guatemala, Honduras, El Salvador, you know they didn't use to take them back. If we had a murderer and we said get them the hell out, you know, we don't really want them in our prisons and take care of them for 50, 60 years.
We want to bring them back, they wouldn't take them. The planes used to go around and around, don't land, don't land. With us, they land. We worked at deals with every one of them. We stop giving them all the aid. You know we're giving them all this money and then they said we're not going to let you land, we're not going to let you take them back.

This was one of Trump's campaign promises that he kept.

In June, two illegal aliens in Sandusky, Michigan were convicted of sadistically beating and stabbing a woman to death with a kitchen knife.

That's these two people, a brother and sister. The 42-year old woman they killed was also an illegal alien. 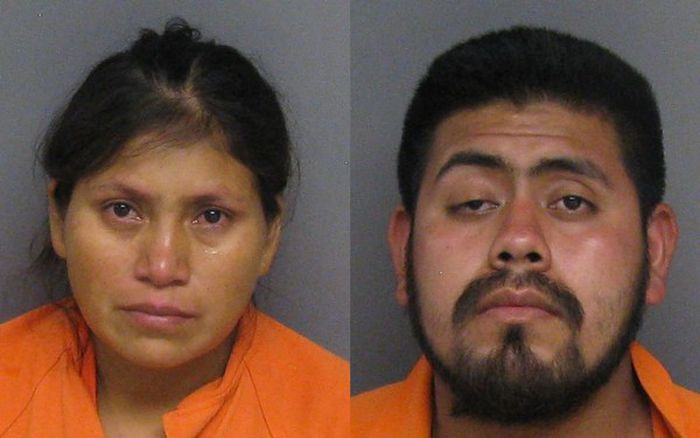 A criminal alien with two previous deportations was just arrested in Michigan and convicted of brutally beating and strangling to death a single mother of five young children. It's happening all the time. [Booing.]

The only mention of legal immigration is when he said that "Together, we will elect a Republican Congress to create a fair, safe, sane, and lawful system of immigration."