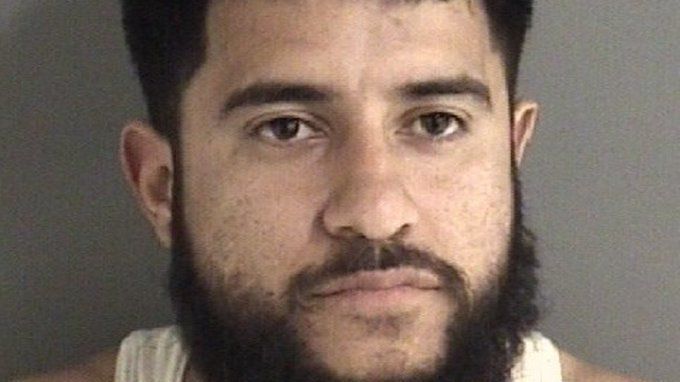 He Should Have Burned an American Flag ...

From the Des Moines Register:

An Ames man was sentenced Wednesday to about 16 years in prison after he set fire to a church LGBTQ flag in June.

Setting fire to a banner hanging on a building could be arson, but it doesn’t appear from this brief description that there was much chance of the fire spreading to a building.

… Story County Attorney Jessica Reynolds said hate crime charges were added because Martinez is suspected of criminal mischief against someone’s property because of “what it represents as far as sexual orientation.”

From Wikipedia on Flag Desecration:

The United States Supreme Court in Texas v. Johnson, 491 U.S. 397 (1989), and reaffirmed in U.S. v. Eichman, 496 U.S. 310 (1990), has ruled that due to the First Amendment to the United States Constitution, it is unconstitutional for a government (whether federal, state, or municipal) to prohibit the desecration of a flag, due to its status as “symbolic speech.” However, content-neutral restrictions may still be imposed to regulate the time, place, and manner of such expression. If the flag that was burned was someone else’s property (as it was in the Johnson case, since Johnson had stolen the flag from a Texas bank’s flagpole), the offender could be charged with petty larceny (a flag usually sells at retail for less than USD 20), or with destruction of private property, or possibly both.

Apparently it was a three strikes deal. He had 2 prior felony convictions.

Still, a max sentence of 16 years for that is insane.