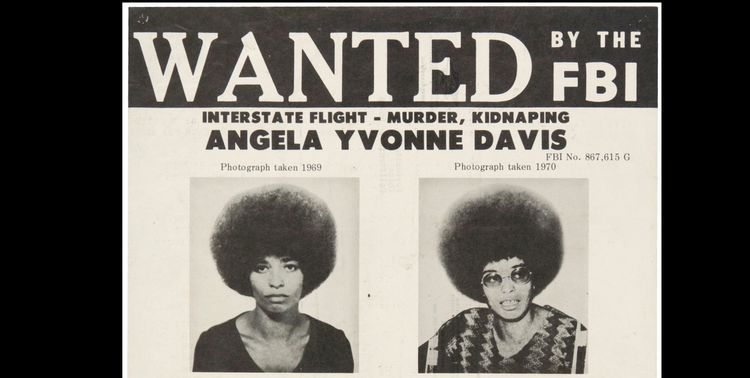 Toni Morrison, Revolutionary Political Thinker
She should be remembered for the sharp clarity of her social vision, as well as for her gorgeous words.

By Angela Davis and Farah Jasmine Griffin
Dr. Davis is a social justice activist. Dr. Griffin is a scholar of Toni Morrison.

By the way, today is the 49th anniversary of the August 7, 1970 Marin County Courthouse Massacre in which Angela Davis’ boyfriend George Jackson tried to shoot his way out of jail, murdering a judge, apparently with firearms supplied by Professor Davis:

Davis was a supporter of the Soledad Brothers, three inmates who were accused of killing a prison guard at Soledad Prison.[27]

On August 7, 1970, heavily armed 17-year-old African-American high-school student Jonathan Jackson, whose brother was George Jackson, one of the three Soledad Brothers, gained control of a courtroom in Marin County, California. He armed the black defendants and took Judge Harold Haley, the prosecutor, and three female jurors as hostages.[28][29] 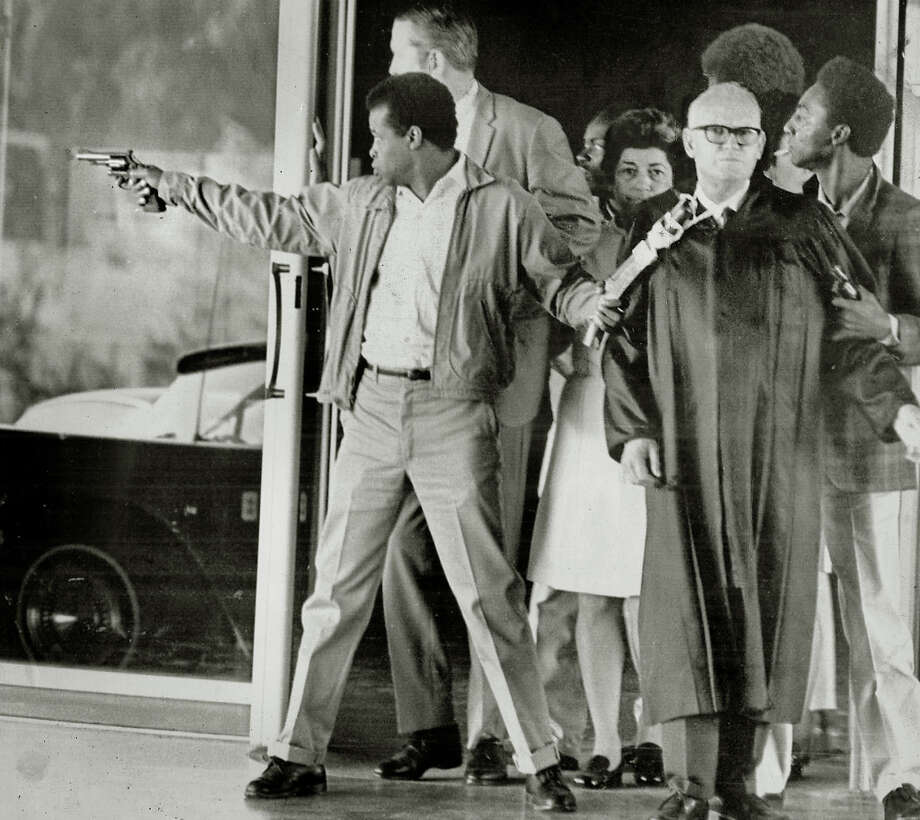 Here’s the judge with the shotgun Angeles Davis had bought taped to his head.

As Jackson transported the hostages and two black convicts away from the courtroom, the police began shooting at the vehicle. The judge and the three black men were killed in the melee; one of the jurors and the prosecutor were injured. Although the judge was shot in the head with a blast from a shotgun, he also suffered a chest wound from a bullet that may have been fired from outside the van. Evidence during the trial showed that either could have been fatal.[30] Davis had purchased several of the firearms Jackson used in the attack,[31] including the shotgun used to shoot Haley, which she bought at a San Francisco pawn shop two days before the incident.[29][32] She was also found to have been corresponding with one of the inmates involved.[33]

As California considers “all persons concerned in the commission of a crime, whether they directly commit the act constituting the offense… principals in any crime so committed”, Marin County Superior Court Judge Peter Allen Smith charged Davis with “aggravated kidnapping and first degree murder in the death of Judge Harold Haley” and issued a warrant for her arrest. Hours after the judge issued the warrant on August 14, 1970, a massive attempt to find and arrest Davis began. On August 18, four days after the warrant was issued, the FBI director J. Edgar Hoover listed Davis on the FBI’s Ten Most Wanted Fugitive List; she was the third woman and the 309th person to be listed.[28][34]

… John Abt, general counsel of the Communist Party USA, was one of the first attorneys to represent Davis for her alleged involvement in the shootings.[37]

… Across the nation, thousands of people began organizing a movement to gain her release. In New York City, black writers formed a committee called the Black People in Defense of Angela Davis. By February 1971 more than 200 local committees in the United States, and 67 in foreign countries, worked to free Davis from prison. John Lennon and Yoko Ono contributed to this campaign with the song “Angela”.[39]

… On June 4, 1972, after 13 hours of deliberations,[30] the all-white jury returned a verdict of not guilty.[41] The fact that she owned the guns used in the crime was judged insufficient to establish her role in the plot. She was represented by Leo Branton Jr., who hired psychologists to help the defense determine who in the jury pool might favor their arguments, a technique that has since become more common. He hired experts to discredit the reliability of eyewitness accounts.[42]

As for Toni Morrison, I only read one of her novels, her second most famous, Song of Solomon. I’m not a fan of the “magical realism” genre, but it was better than John Updike’s attempt at the style, Brazil, although not as delightful of course as Gabriel Garcia-Marquez’s famous One Hundred Years of Solitude.

As a nonfiction pundit, however, Morrison was remarkably bad, encrusting her inane opinions with that profusion of punctuation that is the secret fraternity handshake of the postmodernist academic.