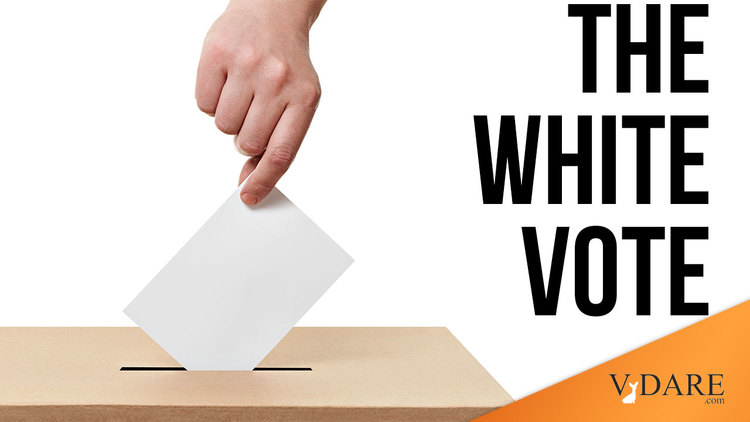 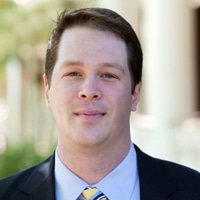 As Peter Brimelow has said, we at VDARE.com greatly value the work of election analyst Sean Trende – not least of course because his thinking moves in patterns very similar to our own.

Amidst the mounting blizzard of Minority triumphalism and Hispandering demands following the election, Trende’s The Case of the Missing White Voters Real Clear Politics November 8th, 2012 stands out as a beacon of rationality and deserves wide reading.

…the 2012 elections actually weren’t about a demographic explosion with non-white voters. Instead, they were about a large group of white voters not showing up.

…almost 7 million fewer whites voted in 2012 than in 2008. This isn’t readily explainable by demographic shifts either; although whites are declining as a share of the voting-age population, their raw numbers are not.

…, the reason this electorate looked so different from the 2008 electorate is almost entirely attributable to white voters staying home.

Put another way: The increased share of the minority vote as a percent of the total vote is not the result of a large increase in minorities in the numerator, it is a function of many fewer whites in the denominator.

In other words, Romney repeated McCain, only worse.

Contemplating the map of his home state of Ohio, Trende suggests the absentees were from unprosperous Blue Collar areas - no surprise to VDARE.com readers.

The second piece of Trende wisdom is likely to be even less repeated in the MSM: he thinks increased GOP Hispandering futile:

…there are real questions about the degree to which immigration policies — rather than deeper issues such as income and ideology — drive the rift between the GOP and Latinos. Remember, passage of Simpson-Mazzoli in 1986 was actually followed two years later by one of the worst GOP showings among Latinos in recent history.

Moreover, the simple fact is that the Democrats aren’t going to readily let Republicans get to their left on the issue in an attempt to poach an increasing portion of the Democratic base. If the GOP embraces things such as the DREAM Act, the Democrats can always up the ante.

...the substantial drop-off in the white vote is a significant data point. …the bigger puzzle for figuring out the path of American politics is who these non-voters are, why they stayed home, and whether they might be reactivated in 2016

A thought experiment: what if, instead of being struck dumb when decisively out-hispandered by Obama’s Dream Amnesty Coup d’état and eventually succumbing to me-tooism, Romney had offered Blue Collar workers a labor-market tightening immigration moratorium? How could Obama have responded?