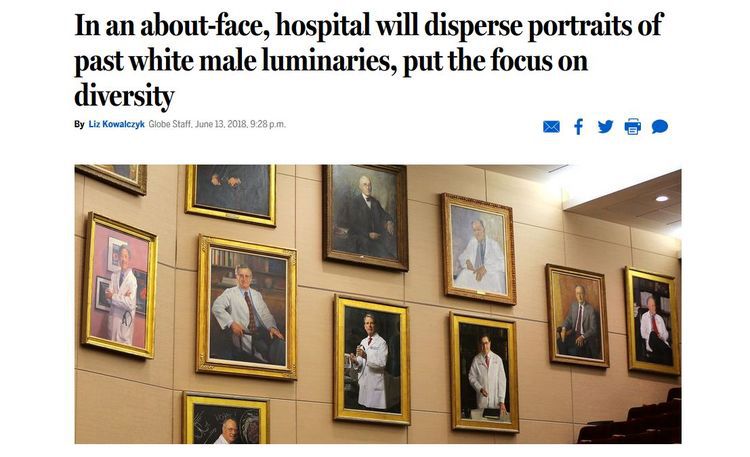 Today's Doctors Feel Oppressed By The Heroes Of Medicine's Past

Doctors were much respected throughout history, but there isn’t much evidence that, net, they cured more people than they killed before fairly late in the 19th Century. Then, suddenly, doctors were doing amazing things. Reading about the great medical heroes of the 20th Century is one of the more inspiring things you can do. There is an endless number of them.

For example, in Jared Diamond’s latest book he briefly mentions that his father as a distinguished medical researcher, which is why he went into medical research first, although he lacked the eye-hand coordination to be adept in the laboratory. So I looked up the 1999 NYT obituary of Louis Diamond, which called him “the father of pediatric hematology” and said that a transfusion technique he invented in 1946 has “saved the lives of hundreds of thousands of babies.”

Or here’s the Wikipedia article on Sidney Farber, a founder of chemotherapy, who also turned out to be a great showman at promoting medical research. Up through WWII, cancer was such a depressing death sentence that almost nobody ever mentioned it in public. But in 1948 Farber got a kid with leukemia whose life he’d saved on Truth or Consequences and it caused a sensation, which Farber turned into a well-thought out push for more research funding.

Kids used to die quite often of leukemia, including a friend of mine in the early 1970s. But now they don’t anymore, due to 75 years of work.

But, almost all these giants were white men, so many people today feel oppressed by them. For example, Rod Dreher discovered a striking twitter thread of people denouncing Jeffrey Flier, the retired dean of the Harvard Medical School, for feeling sad that the Bornstein auditorium at one of America’s great research hospitals has been purged of portraits of heroes of medical sciences.

Spend some time going deep down the rabbit hole of the comments on this former Harvard med school dean's tweet. These are medical elites. This is their obsessive ideology. We live in an age of disintegration... https://t.co/6UusCw1U5f

The pile-on in response is pretty amazing. For example:

Have to disagree with you, dad (and mom). Long thread coming with my thoughts about it. First point: The current generation of doctors does not much resemble that old wall. 1/

On the whole, white men are hated today not for their sins but for their contributions.