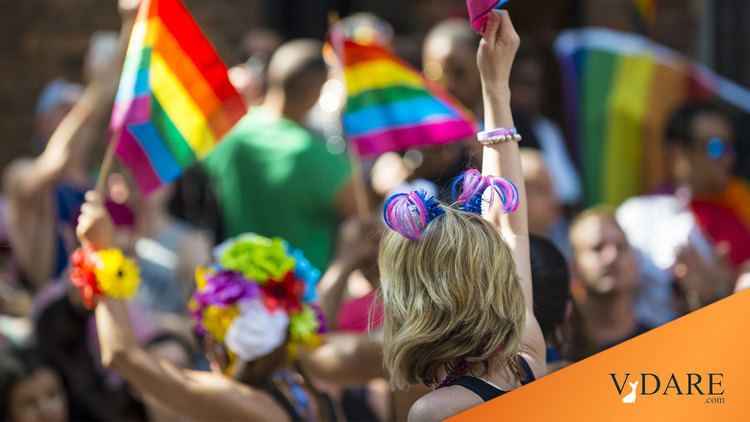 Earlier: The Monkeypox Frontlash: "As Monkeypox Cases Grow, So Do Fears Of A Return Of Gay Blame And Stigma" and UN Agency Denounces ‘Homophobic And Racist Stereotypes’ In Monkeypox Reporting

The virus “is not known to linger in the air,” agency officials said. But the research is far from definitive.

Officials at the Centers for Disease Control and Prevention on Friday pushed back against the idea that the monkeypox virus can spread through the air, saying the virus is usually transmitted through direct physical contact with sores or contaminated materials from a patient.

The virus may also be transmitted by respiratory droplets expelled by an infected patient who comes into physical contact with another person, they said. But it cannot linger in the air over long distances.

Experts on airborne transmission of viruses did not disagree, but some said the agency had not fully considered the possibility that respiratory droplets, large or small, could be inhaled at a shorter distance from a patient.

The World Health Organization and several experts have said that while “short-range” airborne transmission of monkeypox appears to be uncommon, it is possible and warrants precautions. Britain also includes monkeypox on its list of “high-consequence infectious diseases” that can spread through the air.

“Airborne transmission may not be the dominant route of transmission nor very efficient, but it could still occur,” said Linsey Marr, an expert on airborne viruses at Virginia Tech.

In the United States, the monkeypox outbreak has swelled to 45 cases in 15 states and the District of Columbia, C.D.C. officials said at a news conference. The global tally has risen swiftly since May 13, when the first case was reported, to more than 1,450. At least 1,500 cases are still under investigation.

So nobody knows much for sure about monkeypox.

But, the latest monkeypox data from the UK:

📝 152 cases participated in more detailed questionnaires. All were men.

📝 151 of those interviewed identified as gay, bisexual or men who have sex with men, or reported same sex contact.

Seriously, it would be public-spirited of gay organizations to cancel the last three weeks of in-person Pride Month events in the name of fighting monkeypox. Corporate America should use its vast Pride marketing budgets to promote a virtual “Zoom-Only Monkeypox-Free Pride Month!”