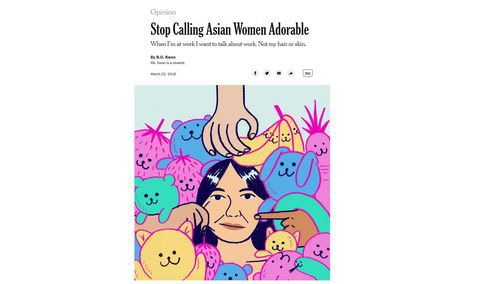 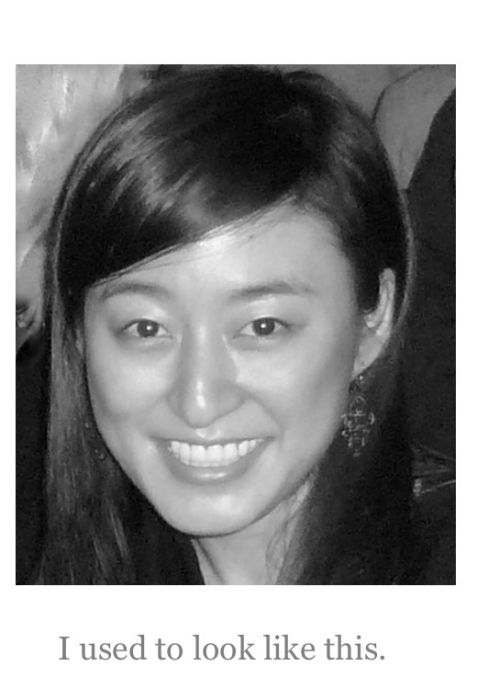 With all the current emphasis on hearing from too-long suppressed Voices of Intersectional Diversity, we are getting a crash course in what Women of Color have on their minds. Which often turns out to be: Let’s complain about how white racism causes white people to constantly talk about how adorable I am.

Stop Calling Asian Women Adorable
When I’m at work I want to talk about work. Not my hair or skin.

It’s impossible for me to catalog all the times I’ve been in a professional setting when someone thought it appropriate to tell me about my appearance.

Most recently, I was at a literary festival in Georgia. I had just talked about my book for a little under an hour… a woman complimented me on my remarks and said she was excited about my book. Then she added: “You’re adorable. I wish I could adopt you.” With a big smile, she walked away.

There was also the bookstore event at which, during the question-and-answer portion of the evening — and in front of a packed crowd with whom I’d just been discussing craft, books, literature — a woman told me how cute she thought I was. There’s the time I guest-taught at a graduate program, and a fellow professor called me and my friend — both of us on the faculty and both of us Asian-American — “little lambs.” There are the innumerable times professional colleagues, people I barely know, strangers even, have told me my skin is alabaster, and my hair silklike and shiny. My skin’s not especially pale, and even if it were, this would be weird, and diminishing. It’s objectifying. 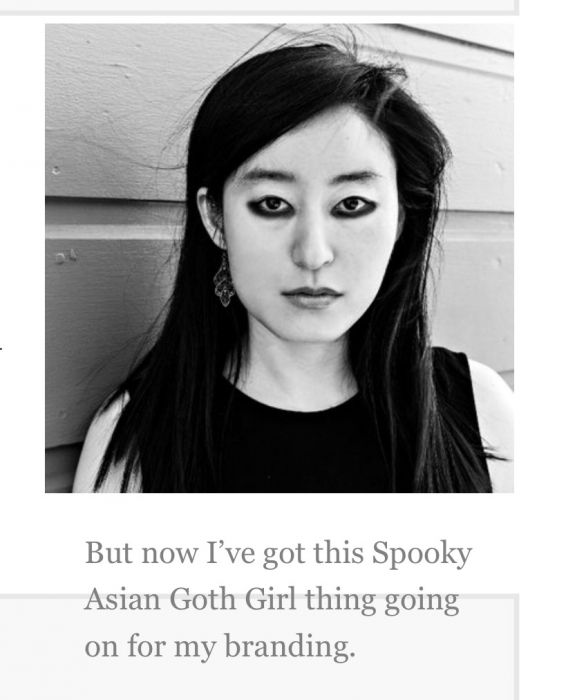 Donchoo just hate that? Getting called “adorable”? It’s the worst! What? That doesn’t happen to you much? Well, it happens to me all the time.

Why is it so weird, you might be wondering. Aside from the colorist comments about my skin, some of these words — adorable, cute, silky, shiny — could be taken, incorrectly, as compliments. I acknowledge that there’s luck, and privilege, in inhabiting a body that others might find appealing. But when I’m at these events, I am at work. I am talking about my profession, not about my hair or skin or any perceived cuteness.

I’m not claiming, like all those black girl writers do, that everybody wants to touch my hair. It’s not some weird kinky hair that you can’t quite imagine what it would feel like without touching it. My hair feels just like it looks: long, silky, smooth, exquisite.

Try to imagine someone commenting on a white male writer’s appearance during his Q. and A. Try to imagine having his appearance repeatedly brought up in a professional setting, as though it’s the part of him that matters most.

Then try to imagine an audience member at a literary festival eagerly addressing this author as Chris — when he is in fact Mark, and a full eight inches taller, with a different hairstyle and wearing glasses different from Chris’s. But white men don’t generally get elided like this. Asian people do. I have a running joke with close Asian-American writer friends that if we have never been called by each other’s names, we might not be friends. This is a joke born of pain, of a hundred too many times someone has called me by another Asian woman’s name, and vice versa. I’ve been mixed up with women many years younger or older than I am, and with East Asians and South Asians and Southeast Asians. 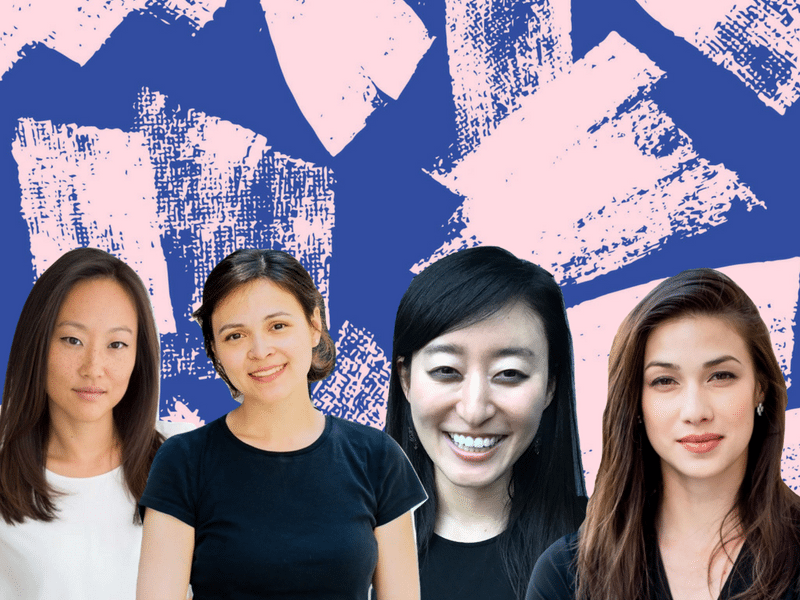 You can see why I went with Raccoon Eyes mascara as my trademark. The Asian woman writer racket is a jungle out there, so a girl’s gotta do what a girl’s gotta do. I mean, check out the hapa they stuck next to me in this picture. (The hot one, not the boring one.) I’m not saying she’s a s*** who has probably got two lovelorn Jewish guys and a lesbo writing all her novels for her, but you know what they say …

In other words, it’s not just me, not at all. An Asian novelist friend tells me that at three separate events over three days, she was publicly called cute or beautiful three times. When the Netflix show featuring the tidying-up consultant Marie Kondo debuted, three prominent white feminists tweeted that Ms. Kondo was a “pretty little pixie” with “fairylike delicacy” and that her speaking Japanese on her show was symptomatic of America’s decline. When I spoke out against these statements, I was asked why I was getting bothered about a compliment. “You’re so cute when you’re angry,” a stranger told me. “Shut up, cutie,” another said.

“Cute.” “Adorable.” “I wish I could adopt you.” “Pixie.” These are things said by feminists, writers and people who take time out of their weekends to attend a literary festival. A lot of progressive people, and would-be well-meaning people, many of whom, I imagine, would be dismayed to learn anything they’ve done could be thought racist. Because that’s what it is — however well intentioned, it’s racism.

Hollywood is another place full of progressive people who participate, nonetheless, in racism toward Asian people. … In the past year, we’ve seen some improvement. In August, “Crazy Rich Asians” was released …

R.O. Kwon is the author of the novel “The Incendiaries.”

Did I mention how much money Crazy Rich Asians made? Wouldn’t your movie studio or television streaming service like to tap into that Asian market? Asians are crazy rich so you need to option a literary property by an Asian like tomorrow.