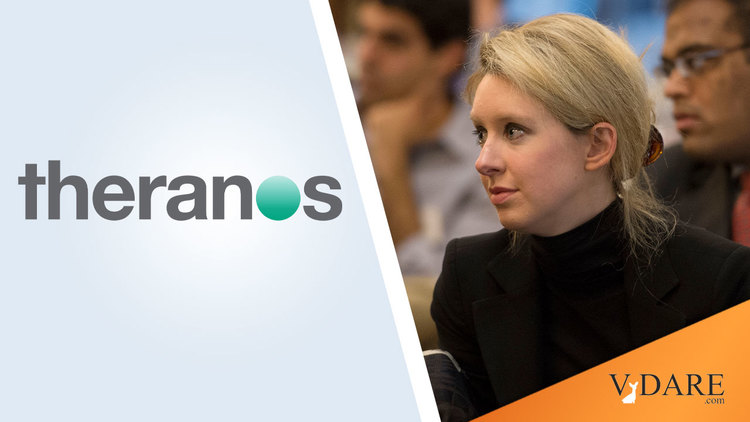 "There Is No Inner Party": Elizabeth Holmes Convicted On 4 Of 11 Counts

In this week’s Trial of the Century, from the New York Times news section:

Elizabeth Holmes is found guilty of four counts of fraud.

SAN JOSE, Calif. — Elizabeth Holmes, the founder of the failed blood testing start-up Theranos, was found guilty of four of 11 charges of fraud on Monday, in a case that came to symbolize the pitfalls of Silicon Valley’s culture of hustle, hype and greed.

Ms. Holmes, who had once promised to revolutionize health care, was the most prominent executive to field fraud accusations in a generation of high-flying, money-losing start-ups. A jury of eight men and four women took 50 hours over seven days of deliberations to reach a verdict, convicting her of three counts of wire fraud and one count of conspiracy to commit wire fraud by lying to investors to raise money for her company.

Ms. Holmes was found not guilty on four other counts related to defrauding patients who had used Theranos’s blood tests. The jury was unable to reach a verdict on three counts of deceiving investors, for which Judge Edward J. Davila of California’s Northern District said he planned to declare a mistrial.

It seems to me that terrifying patients with bad blood tests (as far as I know, nobody died due to Holmes’ blood test machine being so unreliable, but some patients had to rush to the emergency room and get a real blood test when Theranos told them they were practically dead) is worse than costing various super-elites like Rupert Murdoch and the Waltons some money. But the jury saw the law the other way around.

A few other lessons: