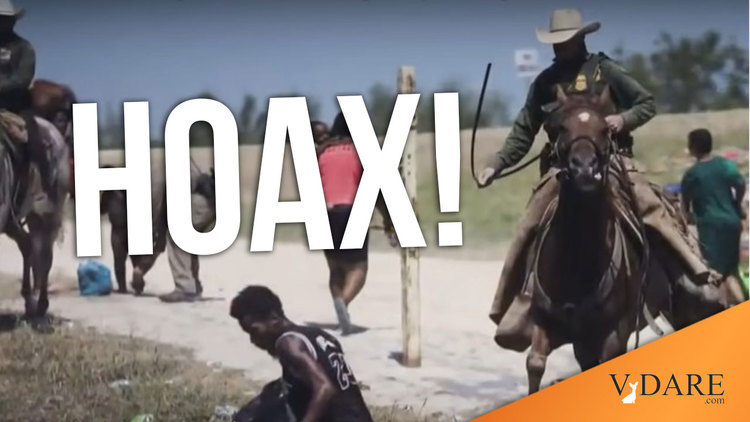 It’s clear what the former illegal immigrants themselves — now back in Haiti — want: a free flight to the United States so they can apply for asylum. As a practical matter, that would mean they’d be able to live here forever, whatever the eventual outcome of their asylum cases.

The Biden administration likewise has a clear agenda. It has shown over the past year a bedrock belief in the principle of unlimited immigration and only resorted to deporting a small share of the Haitians under that bridge in Texas because it feared the political fallout of the news pictures. So it’s unlikely to put up much of a defense in this case, and if it were to “lose,” it would be able to shift responsibility for the inevitable surge in Haitian arrivals by saying its hands were tied by the courts.

But the motives of the third set of actors in this game — the nonprofit legal groups actually filing the lawsuit — are a mix of profit and policy. The overriding goal, of course, is to open the borders. The lead anti-borders group involved, the Innovation Law Lab, actually sells shirts with images titled “Migration Is Sacred” and “Unbuild The Wall.”

In the past, the horse patrol unit would have been acquitted.  For that matter, they may not have even been investigated.  When the photographer who took the pictures says that he didn't see the Agents doing anything wrong and the full video seems to bear this out, it should be an open and shut case.  However, we are now dealing with new times and the Biden administration is definitely fighting against any enforcement.

The Haitian immigrants are supposedly suing the Agents, with the help of the Open Borders Lobby.

The anti-borders legal groups in this case and all others like it should have to disclose the % of a settlement they get under the agreement w/clients. Also should have to tell annually how much they get in legal fees from lawsuits against the govt.https://t.co/pAoRp5ngsF @nypost

This is another example of lawfare with our corrupt courts.  Even if the lawsuits fail, they win.  It keeps the Agents on the defensive having to justify their actions.  I've seen it before, where an Agent stopped making traffic stops after being dragged through the courts despite the Agent being fully vindicated.

I recall that Agent saying to me "I don't want to go through that again!"  It also had a propaganda value by making the illegal aliens seem like poor helpless victims besieged by the Mean Green Border Patrol Agents.

I did find it amusing that of course they accused the Agents of racism.  Remember that the Border Patrol is around 80% Hispanic.  (The official 50% statistic is from self-reports and most Agents simply left that question blank.)