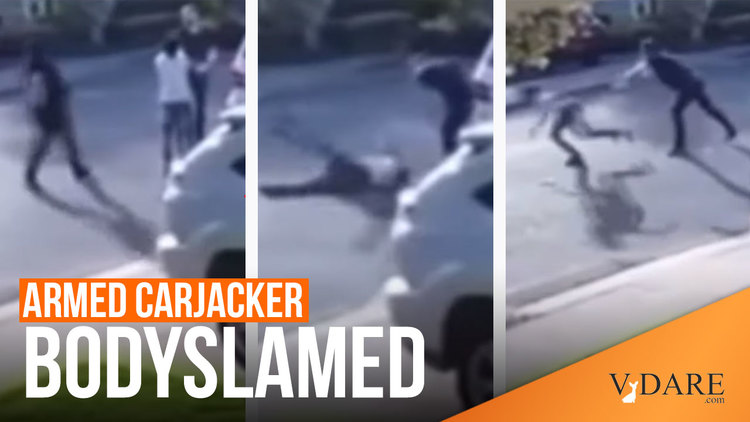 The Work Ethic of Today's Youth May be Underestimated

Take that! Kid with gun squeals in pain after picking the wrong unarmed guy to carjack and getting body-slammed to the ground

The newspaper’s subheads are hard to follow, so I’ve rearranged the kids’ four separate robberies into chronological order:

1. Six hours prior to the filmed incident, the two boys also tried to rob a customer at gunpoint at a Chase bank in San Leandro but fled empty handed after their victim told them he was an off-duty police officer

2. Two children were filmed approaching the man and trying to steal his car in San Leandro, California, last week. Their attempt was foiled after the boy who pulled the gun was bodyslammed to the ground by their intended target, sending him running off empty-handed

3. Two days after those attempted robberies, both boys and an accomplice were arrested for trying to steal a third car by force. They were released,

4. but just three days later were caught with a fourth pal trying to carjack yet another victim in San Leandro

By GINA MARTINEZ FOR DAILYMAIL.COM

You’ve got to give these Zoomers (Is that the right generational term? I’m too old to learn any new ones) credit for the stick-to-itiveness they’ve displayed in following their chosen career despite setbacks such as in incident #2.