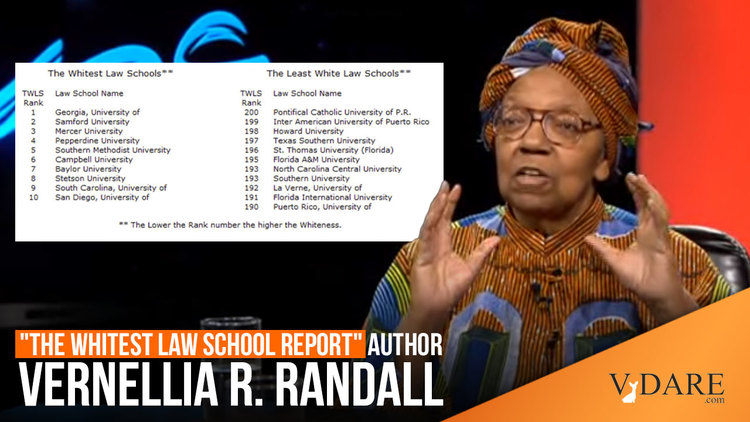 Earlier (2006): The Whitest Law Schools, The Most Alienated Academic

The Whitest Law School Report has been released and high level law schools are bragging about where they rated in the report. This a powerful reminder white privilege isn’t real, but rabid anti-white insanity now occupies the minds of our elites, determining virtually every decision made in the private and public sector.

College and universities across America brag about a variety of statistics: student GPAs, graduate income ranges, growth of in-demand fields, etc. However, at high-level law schools in 2021, all of that is secondary to one statistic: the level of “whiteness.” 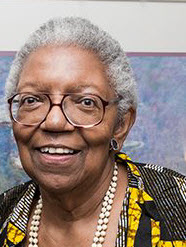 Vernellia Randall [Email her] a professor emerita of the University of Dayton School of Law, created a report that ranks, judges, shames, or praises law schools based on their whiteness levels. She then sent her whiteness ranking around to various law schools, and the schools have waited patiently for it like they would a medical test result.

The Whitest Law School Report, its actual name, is making waves across campuses. Co-deans of Case Western Reserve University School of Law, a decently-ranked college on the whiteness scale, emailed all of its students to brag that the college ranked 144th out of 200 law schools for “whiteness.”

Shame on the 143 colleges behind Case Western Reserve.

“We have the ‘least white’ student body of all of the other law schools in Ohio, except one,” the email found by National Review read.

Like most all major causes today, this whiteness ranking is unnecessary and absurd. We should be bringing this racially-obsessed madness to an end, but this report indicates that it’s probably just beginning.

The truth is, anyone can make an impact by calling something racist or saying that there should be fewer white people involved in a particular field. No other context is needed or demanded. Once something is deemed racist, those in charge go into overdrive like cowards.

Fear drives decision-making, as I have argued at length here for months now. When decision-makers feel even the threat of a racist label coming, no matter how baseless, they panic and cave. Whether they believe the accusation is factual or bogus, they cover themselves, believing that if they don’t, they could be canceled next. There is always a more progressive candidate just waiting in the wings to replace them.

Honest question: how many Americans accused of actual crimes and facing jail time have chosen lawyers based on the level of whiteness of their law school?

Excess Whiteness is the degree to which a law school is more white than the Law School Admissions Council (LSAC) Applicant Pools and state population.

What year will we see the first law school in America just bar white individuals from applying for admission?

Has any public or private entity ever been described as “too black,” with such a description done in a way to demonize said organization, company, or entity?