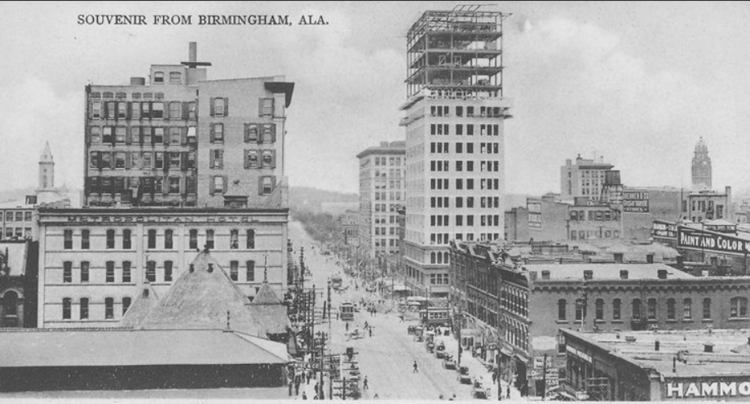 The Unpersecuted Syrians Of 1907 Alabama

Steve Sailer's blog item below mentions that the American-Arab Anti-Discrimination Committee (ADC), in a brief to get preferences for Arab-Americans,

brought up a case by Dr. H. el-Kouri, a Syrian physician in Birmingham, who defended Arabs against derogatory public comments made by congressman John L Burnet in 1907.[Decision to list Arab Americans as ‘minority’ postponed, By Dina Al-Shibeeb,  Al Arabiya News , 27 June 2012]

I was able to find a book by Asher Kaufman, who specializes in Lebanese history, which mentions this: Reviving Phoenicia: The Search for Identity in Lebanon

Between1899-1910, 270 Syro-Lebanese arrived in the city [of Birmingham, Alabama].  most originating from the City of Zahle and its surroundings in the Biqa’, making them predominantly Maronite and Greek-Catholic. The ethnic hierarchy in Birmingham clearly gave a superior place to white Protestant Americans, who constituted the majority throughout the American South.

Wrong! Whites were a numerical minority in much of the old South—a legacy of the cheap labor enthusiast Slave Power of the early 19th century. It was minority rule, as in South Africa and Rhodesia. That's why the Voting Rights issue was such a problem.

The immigrants found themselves in the midst of a racial struggle, which forced them to ask themselves questions of identity as to who they were and to what race they belonged.

The struggle of the “whites” in Birmingham against the “non-white” immigrants who infiltrated the South allows us to observe an interesting development in the Phoenician identity of Syro-Lebanese in America. A congressman from South Carolina. E. J. Burnett, who was a member of House Immigration Commission, aspired to limit the number of undesirable aliens to the U.S. through legislation. Following a trip of the Immigration Commission to Europe and the Ottoman Empire to study, up close, the reasons for the mass emigration, Burnett drafted a bill that was supposed to “cut out 50% of the South Italians and more than 35% of the Greeks, Poles and Syrians and other undesirable classes” from the immigrants to the U.S.

Both the Al-Arabiya News and Kaufman's  book have Congressman Burnett's name wrong—it was John L. Burnett.(Kaufman is using a secondary source.)

His anti-Syrian inclinations were already stated in a lecture he gave at the Birmingham Commercial Club in the fall of 1907. Among the many anti-immigration issues he raised, he named the Syrians immigrants in the U.S. "a Phoenician curse.” In response, a Lebanese resident of Birmingham, Dr. El-Khoury, wrote in a local paper that the Syrians were actually of the Semitic race and therefore belonged to the larger white Caucasian race. The Semitic Phoenicians. he continued, made an invaluable contribution to white-Western civilization: the invention of the alphabet, the perfection of navigation and so forth. What surfaces from the attack against the Syrians and the response that follows is the fact that Representative Burnett charged the Syrians as “Phoenicians,” which provides a clear indication that in 1907 in America, there were Syrians who were defined as such (even derogatorily), and a Syrian defended his Phoenician-ness by asserting that, first, the Phoenicians were Semites and therefore Caucasians and, second, these ancient Phoenicians should be evaluated according to their contribution to Western civilization.

From the point of view of Steve's blog item about the Federal Government calling Arabs minorities, what surfaces is that this example is not a good one, since what it shows is that Arabs in America  are willing to claim whatever ethnic status is most profitable. 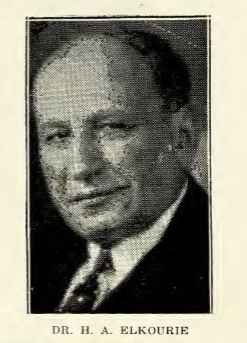 Also, the Burnett/Dr. El-Kourie controversy turns out to have been a speech at a local service club, followed by a letter to the editor by a local physician.  In the annals of persecution, this does not loom large.

Note: Arabic spelling is frequently a matter of opinion—see Whoever Picked Qadhdhafi, Give Your Head A Shake.

But given that Dr. H. A. El-Kourie was an American citizen, a licensed physician, a major in the Army medical corps, and a man who wrote in English to the press and signed his own name, can we all agree on spelling his name the way he did himself? Kaufman and Al-Shibeeb, above, have two different wrong spellings.