The Sob Story That Failed: New Book Fails To Satisfy Diverse Immigration Enthusiasts Because Its Author Is White

Sunday’s New York Times front-paged a curious story that demonstrates an ideological flare-up between different leftist beliefs. On one side was the traditional sob story approach toward illegal aliens, that they are suffering world citizens who should be rescued by too-rich, too-white America.

The newer, more controversial viewpoint is that only the victims or actual tribal members should be allowed to speak because non-diverse people are taking up too much space in the marketplace of ideas and opinions.

The book in question is American Dirt: A Novel, written by Jeanine Cummins, “who has a Puerto Rican grandmother,” the New York Times observes — which clearly is not sufficient for some people.

The Times published a front-page photo of the author, a person “who identifies as white and Latina.” 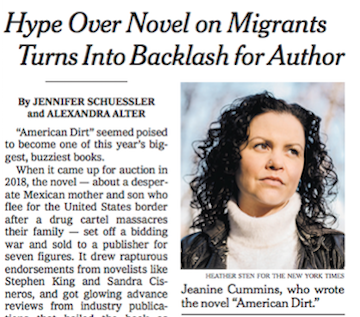 On Monday, the Los Angeles Times included a front-page story about the fracas, ‘American Dirt’ was supposed to be a publishing triumph. What went wrong?, noting the “angry charges of cultural appropriation, stereotyping, insensitivity, and even racism against author Jeanine Cummins.” So the mainstream media must think that Immigration Diversity is too important to have disagreements.

One complaint was about barbwire floral arrangements at a book promotion dinner because it would disrespect illegal alien invaders, or something. 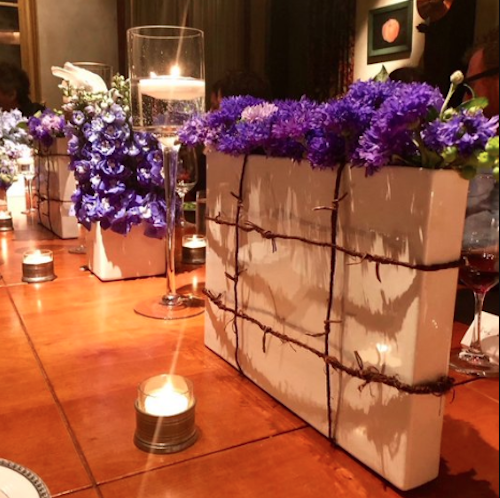 The New York Times article explained how complicated it can be for the publishing business to accommodate diversity ideology — including having “sensitivity readers” on staff to catch any politically incorrect bits that might upset someone, somewhere. 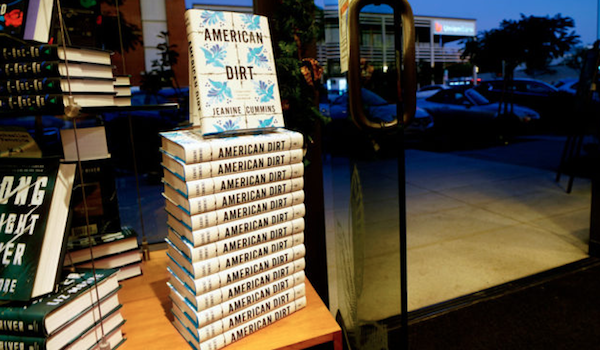 “American Dirt” seemed poised to become one of this year’s biggest, buzziest books.

When it came up for auction in 2018, the novel — about a desperate Mexican mother and son who flee for the United States border after a drug cartel massacres their family — set off a bidding war and sold to a publisher for seven figures. It drew rapturous endorsements from novelists like Stephen King and Sandra Cisneros, and got glowing advance reviews from industry publications that hailed the book as propulsive and heart-wrenching.

The author, Jeanine Cummins, has said she hoped the novel would drive discussions about immigration policy, and open “a back door into a bigger conversation about who we want to be as a country.” Since then, “American Dirt” has certainly ignited a vigorous conversation — but hardly the one the author and publisher intended.

Criticism intensified on Tuesday, after Oprah Winfrey anointed the novel as her next book club pick, in a splashy joint appearance on “CBS This Morning” with the author, whom Ms. Winfrey said she hoped to interview near the border for her book club program.

It was an extraordinary convergence of forces: Industry hype meets charges of cultural appropriation meets one of the most combustible political issues in America today, immigration.

And that was before a photograph from a lavish book promotion dinner last spring, showing a faux-barbed-wire floral decoration, began circulating on Twitter, where it was vilified as “border chic.” So was a resurfaced tweet from last fall in which Ms. Cummins cheered a fan’s manicure inspired by her book’s cover, complete with more barbed wire.

The controversy lands at a moment when debates about race and representation are front and center across the cultural and political landscape, from the Academy Awards, which faces yet another #OscarsSoWhite outcry, to the National Football League, where the number of minority head coaches is falling, to the Democratic presidential primary, where the most diverse field of candidates in history has narrowed to a nearly all-white group.

It also falls right into the roiling argument over art and cultural appropriation — how the stories of marginalized people should be told and who should be given the platforms to tell them. Social media has elevated more voices, but also brought greater scrutiny to the decisions of businesses and tastemakers like Ms. Winfrey who are trying to build broader audiences.

Opinions are hardly monolithic. When the white painter Dana Schutz drew fire for “Open Casket,” a painting of Emmett Till included in the 2018 Whitney Biennial, some black artists denounced her for exploiting black pain, demanding the work be removed or even destroyed. Others defended the artist’s right to take on any subject.

The literary world has been wrestling with the same questions, particularly in the young adult sector, where authors and publishers now routinely rely on sensitivity readers to help defend against potential racial and cultural blind spots. (Continues)