A little over a year ago, Marxist Indian immigrant Kshana Sawant—who actually happens to have a PhD in economics—was elected to the Seattle City Council. I wrote then:

“her signature issue was a $15 minimum wage, which will assuredly lead to businesses fleeing the city for more sustainable environments." 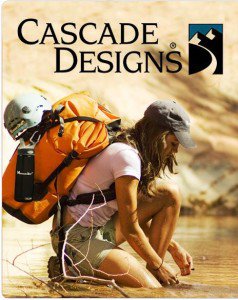 Well it is happening. The minimum wage which she championed is being phased in and already one manufacturer, Cascade Designs, is moving 100 jobs out of Seattle to Reno, Nevada, which has a $7.25 minimum wage and more room to expand.

There are many lessons to be learned from this. Note that an official of the manufacturer mentions that they are competing against companies overseas paying $2 an hour—illustrating the costs of globalism for American workers. Then there is the fact that the company says they need more room to expand and are renting high-priced properties in Seattle. [Longtime Seattle manufacturer moving 100 jobs to Nevada, By Elisa Jaffe, KomoNews, February 6, 2015, ]The news piece mentions that housing in Reno is half the price of Seattle—see Steve Sailer 's writings about "affordable family formation." One of the costs of immigration is overcrowding driving up real estate costs.

But the biggest lesson is that immigrants bring their values with them. Socialism long hampered economic development in India while the United States prospered under relative freedom. Globalism—as in the Trans-Pacific Partnership being pushed by Obama with Republican help—and the "invite the world" policy will drag America down into the Third World.