Patheos, a group blog devoted to religion from the Cultural Marxist Left, has a War On Christmas Denial blog: 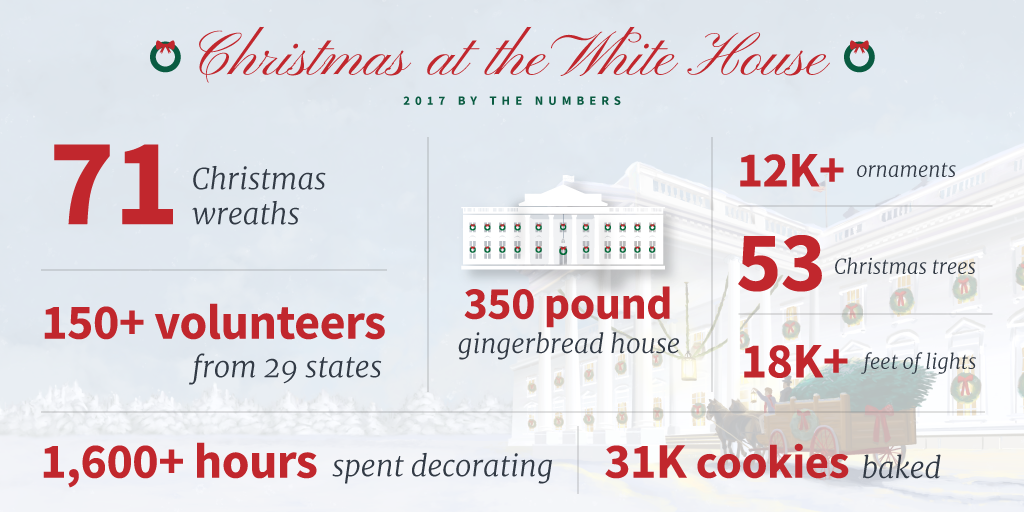 Ok, let’s all be honest with each other. There is no war on Christmas. And we all know it.

In fact, Christmas lays siege to our country for three whole months every year, and that includes all levels of society.

The White House is awash in Christmas decorations, and Melania is hosting 20 receptions and 100 open houses to celebrate. Cities and towns across the nation light giant Christmas trees and decorate their streets in commemoration. In fact, dozens of towns host kristkindlmarkts which translates literally as Baby Christ Markets. Nativity scenes dot the landscape. Every retail outlet plays Christmas music 24-7 and offers their year’s best sales. Many businesses close down for the 24th and 25th or longer, and hold parties for their employees.

Yes, there are some remnants of holiday political correctness lingering on the landscape. Towns may call their tree lighting ceremony a “Holiday Celebration,” but, in the spirit of honesty, does anyone really think that giant Christmas Tree on the square is anything other than a Christmas tree? Do we really believe that it is some generic stand in for all winter holidays? I can guarantee you no Muslim, Jewish, Hindu, Sikh, or Buddhist kid is going to think it represents them.

This is going past saying there's no War On Christmas to doing some more fighting against it. It's a typical to tactic present Kwanzaa, Hanukkah, etc as faux-Christmases,  to quote Tom Piatak.

When was the last time you saw a star and moon displayed on the town square for the month of Ramadan? Or cut tin lanterns hung in celebration of Eid? I’m still waiting for the office iftar. When was the last time your boss let everyone off for Hanukkah and suggested getting together for a festive seder? How about a procession for Ganesh attended by senators, representatives and important donors? Or, even more important, how about a serious attempt to honor the holidays and celebrations of Native Americans? I’m betting most people reading this column can’t name a single Native American festival. [More]

Actually, I can—Christmas. American Indians are Christians, in spite of some recent experiments with “Native American Spirituality.” The late David Yeagley, a devout Christian and an enrolled member of the Comanche tribe, wrote in 2006, in War On Christmas Is War On Indians, Too, that

Few people actually think of American Indians as Christians. Yet, for us, removing Christmas from American society is another ethnic cleansing—of who we are, and what we are.

Indian pow-wows, family gatherings, and Comanche tribal meetings always begin with prayer. I have never been to any Indian meeting that did not open with prayer. I have never eaten with Indians before a prayer was offered over the food—in the name of Jesus Christ. Whether the prayer is offered in Comanche, Cheyenne, Kiowa, Apache, or Choctaw, you can always hear the name of "Jesus".

Leaving that aside, what's Pamela Taylor's angle on War On Christmas Denial? Well, it turns out she's a "Progressive Muslim".

A few years back, some towns made at least a half-hearted attempt to include Hanukkah with a giant menorah tucked under the tree, but lately I haven’t seen even that small nod to the idea that, gee, not everyone in America celebrates Christmas.

And yet, diversity makes life not just more interesting but more meaningful too. Learning about how others view and connect to the divine, doesn’t take away from my religion or my commitment to it. It helps me deepen my understanding of my own religious beliefs and my commitment to them. I sometimes poke a little fun at myself and claim to be a Daoist Muslim or a Kantian one, but there can be little doubt that my understanding of my own beliefs has been enriched by these worldviews. I’d like to think that the Prophet Muhammad’s emphasis on God’s love for creation, his sense of egalitarianism, his commitment to equal rights and justice for all is something we could all benefit from.

I've never heard of this kind of Progressive Islam. I suppose it's better than the kind that self-detonates in the Port Authority or drives into crowds, but I should point out that heresy is punishable death in actual Muslim countries.