“Which raises the possibility that Yiannopoulos and Brietbart were in cahoots with the agitators, in order to lay the groundwork for a Trump crackdown on universities and their federal funding.”

Speaking of the BLM riots. “Which raises the possibility that Soros 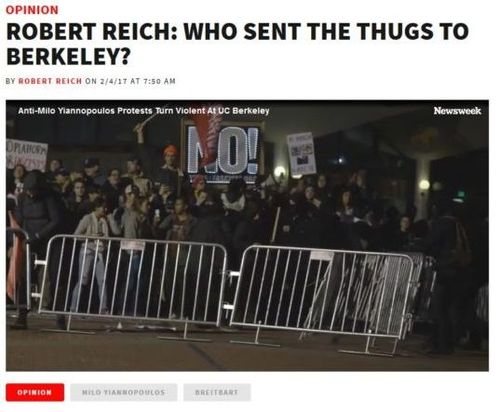 and Obama were in cahoots with the [Ferguson] agitators, in order to lay the groundwork for an Obama crackdown on municipal police nationwide.”

No wonder Reich is paranoid. Unlike many on the Left it occurs to him that the Left’s own tactics MIGHT, emphasis on ‘might’, be used against them. That their 40+ years of special pleading and tactical advantage may be coming to an end.[Links added]