"Connect the Dots:" Robert Reich Doubles Down on His Berkeley Reichstag Fire Conspiracy Theory Of The Riots

ROBERT REICH: WHO SENT THE THUGS TO BERKELEY?

This article first appeared on RobertReich.org.

As you may know, on Wednesday night, February 1, Berkeley gave Yiannopoulos a major forum to spout his racist and misogynistic vitriol. But police had to cancel the talk because about 150 masked agitators threw Molotov cocktails, smashed windows where Yiannopoulos was scheduled to speak and threw rocks and fireworks at the police – delivering made-for-TV images of a riot. Which raises the possibility that Yiannopoulos and Brietbart [Sic] were in cahoots with the agitators, in order to lay the groundwork for a Trump crackdown on universities and their federal funding.

(2) Before Yiannopoulos speaks at Berkeley, Breitbart publishes an article saying that Yiannopoulos will call for the withdrawal of federal grants and the prosecution of university officials who endanger their students with their policies.

(3) Berkeley opens its doors to Yiannopoulos, but campus police have to cancel the event because of masked agitators.

(4) Hours later, Trump issues a misleading tweet, accusing the university of not allowing free speech and promoting violence against innocent people with different views and threatening to withhold federal funds.

(5) The next night, Yiannopoulos on Fox News says the incident proves that universities like Berkeley don’t deserve federal grants by cracking down on free speech.

(6) That same night, on CNN, I raise the possibility that Yiannopoulos and Breitbart could have been collaborating with the agitators – saying “I wouldn’t bet against it.” This generates a belligerent column in Breitbart with a misleading headline calling me a liar for claiming that Breitbart News organized the riots. 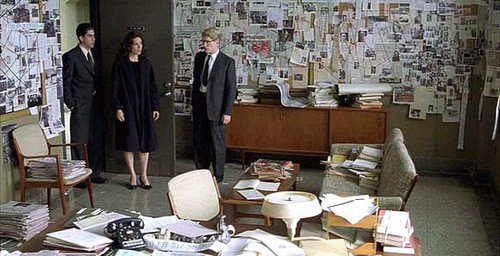 I don’t want to add to the conspiratorial musings of so many about this very conspiratorial administration, but it strikes me there may be something worrying going on here.

I wouldn’t bet against it.

In case you were wondering who Professor Reich is, Newsweek appends this remarkably long author’s tag to reassure you that he’s a bona fide member of The Establishment:

Robert Reich is the chancellor’s professor of public policy at the University of California, Berkeley, and a senior fellow at the Blum Center for Developing Economies. He served as secretary of labor in the Clinton administration, and Time magazine named him one of the 10 most effective Cabinet secretaries of the 20th century. He has written 14 books, including the best-sellers Aftershock, The Work of Nations and Beyond Outrage and, most recently, Saving Capitalism. He is also a founding editor of The American Prospect magazine, chairman of Common Cause, a member of the American Academy of Arts and Sciences and co-creator of the award-winning documentary Inequality for All.