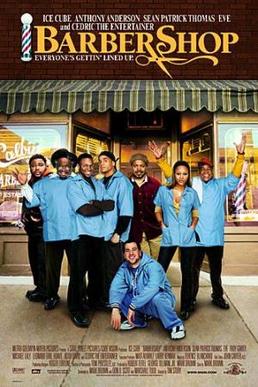 The Associated Press writes of a study showing that when black men are encouraged to lower blood pressure while at the barbershop—i.e,. around other black men—it works better when the follow-up is with an on-site pharmacist than with an off-site (and presumably white) doctor. [Barbershop study trimmed black men’s hair and blood pressure, March 12, 2018 ]

At first blush, I thought they were saying that merely hanging out at the barbershop lowered black blood pressure, because when anyone is gathered with co-ethnics, it's less stressful for a variety of evolutionary reasons.

But the study isn't too far from that.  "What's different... is it looks at ways to effectively bring it down with the help of your friends, family and support group," barber Eric Muhammad told the AP.

In other words, racial togetherness is good for you.  In measurable ways, in fact.

This isn't difficult to believe.  Everyone feels better in the company of co-ethnics, whether it's working-class whites in Boston or Mexicans gathering in the middle of an otherwise Puerto Rican neighborhood.

I've long been convinced that a primary explanation of the present Era of Insanity has to do with multiracialism's brain-frying effects:  you're naturally uncomfortable with other ethnic groups because you don't communicate with them as well, and empathy barriers make it easier for one race to prey on another.

Meanwhile, you're terrorized by the SPLC into proclaiming the equality and fungibility of all groups, which leads to mind-melting cognitive dissonance if you internalize that idea, or through-the-roof anxiety if you don't.

A race that produces Dylann Roof on the one hand and Rachel Dolezal on the other is unwell.  Maybe a white barbershop—or hair salon—would have helped.