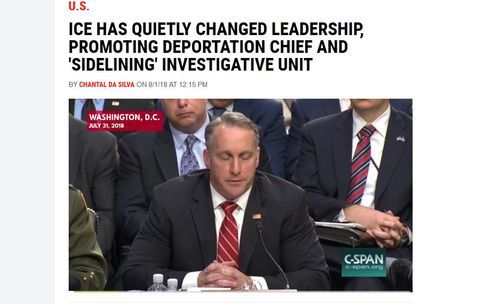 Law enforcement, like any other profession has rivalries. An analogy is sports ball rivalries. For no reason Michigan and Ohio State have some sort of rivalry. I don’t really understand it. Perhaps contrived for ticket sales, perhaps as a useful outlet for male aggression, or more likely as a distraction directed against whites to protect the GloboHomoGayplex. Nations also have rivalries that can be deadly.

But in the area of the exercise of power, conflict develops between those seeking power, and to obtain and maintain power, cliques develop in government. Sometimes those cliques are a danger to the polity, such as those in the Deep State. But in the bureaucracy the battle over budget and power can be less than a threat to the sovereignty of the people, more of an annoyance. Sometimes the rivalry is low key, but real. The big rivalry in Federal law enforcement is between the FBI and the Secret Service. But the lesser known rivalries are those between the two organizations that no longer exist, the Immigration and Naturalization Service (INS) and the U.S. Customs Service (USCS).

For years each schemed to take over the mission of the other, as both operated side-by-side at Ports-of-Entry, inspecting arriving persons and goods. Sadly, the Homeland Security Act of 2002 abolished both, but the legacy USCS came out on top, as legacy Customs personnel dominated management of the successor organizations, U.S. Customs and Border Protection (CBP) and U.S. Immigration and Customs Enforcement (ICE).

Legacy Customs agents also dominated one of the sub-components of ICE, what this writer calls ICE Special Victims Unit (ICE SVU), known formally as Homeland Security Investigations (HSI). ICE had its own internal rivalry, with the legacy Customs managers at ICE SVU competing for budget and personnel with the legacy INS dominated Enforcement and Removal Operations (ERO). However, the long domination of ICE by legacy Customs employees appears to have come to a inglorious end, no doubt to the Customs pukes' hubris. [ICE SVU Insubordinate Leadership Attacks Trump, by Federale, VDare, June 29, 2018]

After years of protection by the Obama Regime who thwarted immigration enforcement, the reign of the Customs bureaucrats is apparently over.

U.S. Immigration and Customs Enforcement has undergone a quiet change in leadership, which a former senior ICE official told Newsweek offered proof that the embattled agency was “sidelining” its investigative unit to focus more on immigration law enforcement and removals.

Sharp eyed readers will recall the name of Peter Edge, he is the long-time affirmative action hire at ICE, who helped sabotage immigration enforcement at ICE SVU during the Obama years.

These personnel actions should be no surprise. It appears that the new head of ICE, former Border Patrol Agent Ronald Vitiello, apparently did not appreciate the challenge to immigration enforcement from legacy Customs managers in ICE SVU attacking their fellow ICE employees and the immigration enforcement mission. [ICE SVU Going Down?, by Federale, VDare, July 1, 2018]

Personnel is policy; its good to see the Trump Administration finally replacing the legacy Customs saboteurs. The #Resistance at ICE appears to have been decapitated. Expect resignations, retirements, and transfers outside of DHS for many, if not all of the Dirty 19 backstabbers in ICE SVU. Also look forward to a new HSI starting to perform its mission, the arrest and criminal prosecution of illegal aliens, especially in the area of work-site enforcement. this is an opportunity to move on to the rest of the swamp, like at the FBI. Or at the Department of Justice, e.g. Mueller and Rosenstein.