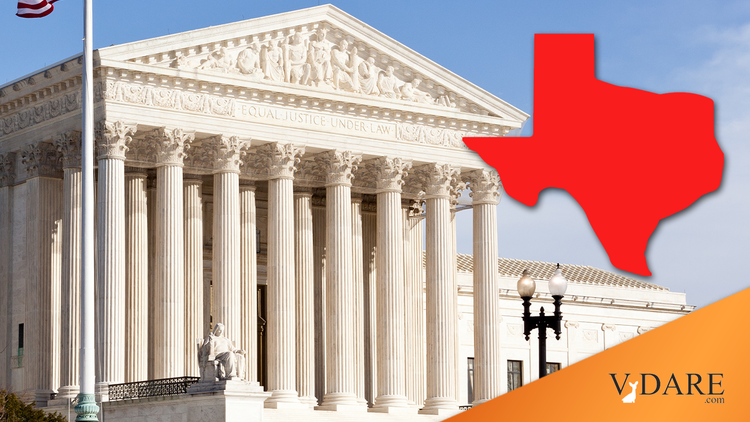 The Supreme Court decided this afternoon not to consider the Texas lawsuit against the results in Pennsylvania. The vote was 7-2, with Alito and Thomas dissenting on procedural grounds, but without implying they’d uphold the Texas lawsuit (i.e., it wasn’t close).

With more careful planning ahead of the election, the Trump Administration might have put together a stronger legal and empirical case (although, frankly, forethought was never their thing). But it was never very likely that the 6-3 GOP majority on the Supreme Court would open themselves up to certain vengeance down the road by Democratic court-packers merely to give Donald Trump another term.

As I wrote several weeks ago:

It's almost as if Trump has a multi-decade track record of playing hardball within the legal system, then accepting what the courts decide.

Trump is an extraordinarily resilient personality, so I’m sure he’ll think of some next step in his remarkable career.

For those talking about secession, I listed the practical problems that make that highly unlikely last February in “Secession Studies.”