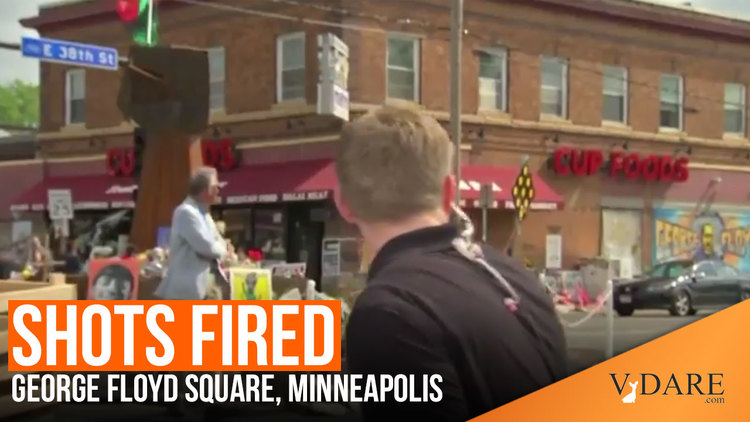 St. George Floyd Day Gets Off To A Culturally Appropriate Start With A Bang, But Gay Pride Month Is Coming From Behind

Earlier: 12 Mass Shootings: America Is Gearing Up For George Floyd Day With A Bang

A series of loud noises that sounded like at least 10 gunshots broke the quiet Tuesday morning at George Floyd Square on the anniversary of his killing. The police later said one person was being treated for a gunshot wound at a nearby hospital. https://t.co/2OuNHSgoFd pic.twitter.com/ieWcsytljQ

Meanwhile, it’s never too early to be prepping for Gay Pride Day (Week? Month? Eternity?) by setting your children on the road to diabetic non-binaryness by buying them the latest offerings of Woke Capital, such as Kelloggs’ Non-Binary Froot Loops. The “Together” cereal features rainbow hearts and edible glitter

If you’re looking for amore [sic] thematically appropriate way to start your day during Pride Month, Kellogg’s might have the answer: its new “Together with Pride” cereal, launched in collaboration with GLAAD.

Resembling heart-shaped Froot Loops, the berry-flavored cereal has an edible glitter coating to really heighten the LGBTQ-ness of it all — because apparently nothing says Pride quite like fruity glitter.

With a box showing a number of Kellogg’s cereal characters — including Tony the Tiger, Snap, Crackle, and Pop, and the Frosted Mini-Wheats mascot waving a Pride flag — the rainbow-hued cereal will hit stores in May for $3.99, just ahead of Pride Month in June. …