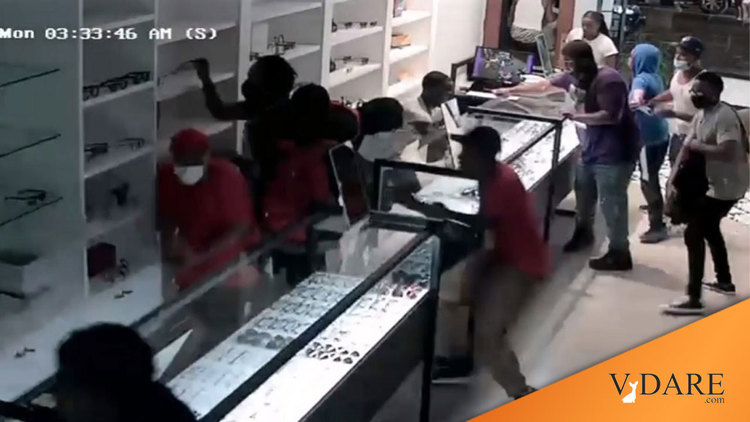 In November 2014 voters in California passed Proposition 47, which lightened up criminal charges on many offenses, reducing them from felonies to misdemeanors. One particular crime thus "re-imagined"—I think that's the woke term—was shoplifting. Shoplifting goods of a value not greater than $950 was no longer a felony.

The main stated motive for the change was to reduce overcrowding in California's prisons. Apparently it never occurred to state legislators that they could get the same effect by building more prisons. The true motive was most likely white guilt and black resentment over the fact that a hugely disproportionate number of those jailed for these offenses were black. Systemic racism!

Fast forward 6½ years. The San Francisco Chronicle reports that seventeen Walgreens Pharmacy locations have closed during the past five years in the city, at least ten of them in just the last two years.

You've probably heard about "food deserts"—districts, mostly in inner cities, where it's hard to find a decent grocery store or supermarket. My prediction is that we shall soon hear complaints from California about "pharmacy deserts." Systemic racism!