Spencer, Coulter ARE In Danger Of Being Shot—Leftists Openly Arming

I got a certain amount of weird harrumphing over my blog congratulating Richard Spencer for his Auburn triumph, because I noted the danger that he will eventually be shot. Incredibly, some readers apparently thought I was advocating his being shot, or somehow making it more likely..

But Spencer, and Ann Coulter at Berkeley this week, really are taking their lives in their hands. Mac Slavo has posted an extensive Leftist reddit discussion in the wake of the Alt Right victory in the last Battle of Berkeley about the need to improve tactics, training and weapons—explicitly including guns ("Who do you think a fascist is more afraid of? People with only flags and bats, or people with flags, bats, and guns?"): There Will Be Blood: Left Prepares For War After Berkeley Beat Down: “Combat Training, Better Equipment, Guns…” SHTF.com, April 18, 2017. 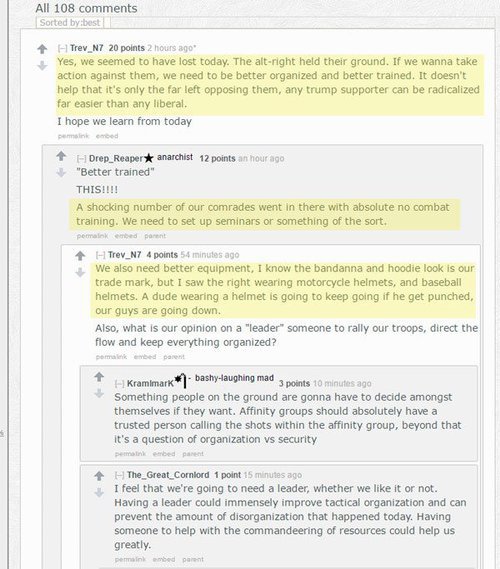 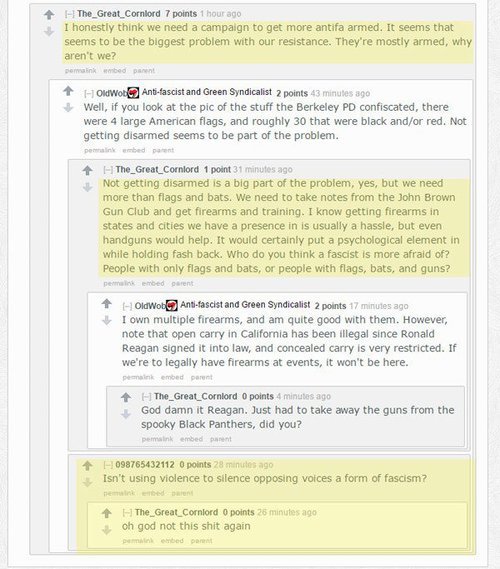 Perhaps I take this especially seriously because exactly similar Leftist mob violence led to a conservative student I knew being shot when I was at Stanford in 1971. I'll write about it sometime.