One notable name missing is that of Senator Ted Cruz, who in 2013 pitched a 500 percent increase in H-1b visas as part of the hideous Senate amnesty bill that was passed but not taken up by the Republican House. As a Republican Presidential candidate, he might want to stand on the side of American workers rather than foreigners. The letter could have been an opportunity to improve his position, but he didn’t take it.

Below, Southern California Edison, a major public utility, laid off about 500 tech workers and replaced them with H-1b visa holders from abroad. 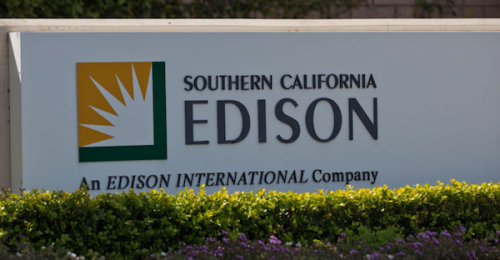 Senator Jeff Sessions has posted the text of the letter on his website, excerpted below:

We are concerned about recent information that has come to light regarding the abuse of the H-1B visa program by Southern California Edison (SCE) and other employers to replace large numbers of American workers. We urge you to investigate this matter.

A number of U.S. employers, including some large, well-known, publicly-traded corporations, have reportedly laid off thousands of American workers and replaced them with H-1B visa holders. To add insult to injury, many of the replaced American employees report that they have been forced to train the foreign workers who are taking their jobs. This troubling practice seems to be particularly concentrated in the information technology (IT) sector, which is not surprising given that sixty five percent of H-1B petitions approved in FY 2014 were for workers in computer-related occupations. Though such reports of H-1B-driven layoffs have been circulating for years, their frequency seems to have increased dramatically in the past year alone. [. . .]

The letter follows February reports of hundreds of Americans laid off at Southern California Edison for their replacement by cheaper H-1b visa holding foreigners. On March 17, the Senate Judiciary Committee held a hearing about the abuse of immigration procedures to sack American skilled workers. The hearing included several experts on the topic of H-1b abuse, but the workers themselves were prohibited from speaking about their firing by their severance agreements.

It’s doubtful we will see billionaire H-1b abusers like hypocrite Mark Zuckerberg doing a perp walk, but at least there is some movement toward fixing a bad immigration ripoff.

Ten U.S. senators, representing the political spectrum, are seeking a federal investigation into displacement of IT workers by H-1B-using contractors.

They are asking the U.S. Department of Justice, the Department of Homeland Security and the Labor Department to investigate the use of the H-1B program “to replace large numbers of American workers” at Southern California Edison (SCE) and other employers.

This letter is a significant development in this contentious issue. It arrives at the same time that lawmakers are pushing a substantial increase in H-1B visas under the I-Squared bill, legislation that would raise the H-1B cap. Two of the co-sponsors of the I-Squared bill also signed the letter asking for an investigation into H-1B program practices.

The letter to Attorney General Eric Holder and the secretaries of the two other departments, was signed by U.S. Sen. Chuck Grassley (R-Iowa), chairman of the Senate Judiciary Committee, which has oversight over the Justice Department.

“Southern California Edison ought to be the tipping point that finally compels Washington to take needed actions to protect American workers,” Sessions said.

Two of the lawmakers who are seeking an investigation, Blumenthal and McCaskill, are co-sponsors of the I-Square bill, which would raise the base H-1B visa cap of 65,000 to 195,000.

SCE cut about 500 IT workers after replacing them with contractors from Infosys and Tata Consultancy Services, two India-based offshore outsourcing firms that are among the largest users of the H-1B visa. Computerworld interviewed some of these workers and reported their stories.

In the letter, the senators wrote: “To add insult to injury, many of the replaced American employees report that they have been forced to train the foreign workers who are taking their jobs. This troubling practice seems to be particularly concentrated in the information technology (IT) sector, which is not surprising given that 65% percent of H-1B petitions approved in FY 2014 were for workers in computer-related occupations. Though such reports of H-1B-driven layoffs have been circulating for years, their frequency seems to have increased dramatically in the past year alone.”

The letter says that the “increasingly popular business practice” raises questions, including whether the employees are being discriminated against. A similar claim has been raised in a lawsuit now in federal court.

The letter is asking the federal agencies to examine a number of technical issues associated with the placement of temporary foreign workers at employer worksites.

“We respectfully request that you investigate the unacceptable replacement of American workers by H-1B workers to ascertain whether SCE or any other U.S. companies that have engaged in this practice, or the IT consulting companies supplying those companies with H-1B workers, have violated the law,” the senators wrote.

“Hopefully, this letter will spur the long overdue process of a thorough examination of the H-1B and L-1 guestworker programs,” said Ron Hira, an associate professor of public policy at Howard University, who recently testified before the Judiciary Committee about the visa program.

The political diversity of the letters’ signers shows that this is “neither a partisan nor ideological issue,” Hira said.

It’s unclear what the DOJ and the Labor Department can do about the practice of replacing U.S. workers with foreign workers. The practice is embedded in the IT industry. Much of this new attention is due to Grassley’s elevation as Judiciary Committee chairman and Sessions’ role as head of the immigration subcommittee.

If the federal agencies say there are legal obstacles to investigating the SCE case, or the displacement of American workers generally, they “may provide at least an explanation for why it can’t or won’t investigate,” which would be beneficial, said Daniel Costa, director of immigration law and policy research at the Economic Policy Institute (EPI). The EPI has asked the Labor Department to investigate this practice.

“Even if the result of DOL’s investigation just ends up being the knowledge that Congress needs to change the law to give DOL more enforcement authority to investigate in situations like these,” Costa said, “that will still be a hugely important thing for Congress and the public to know.”