On Thursday, the office of America’s Senator Jeff Sessions published a new chart showing a huge increase of nearly a third in the number of green cards for Middle Easterners over the fiscal year 2013 to 2014, shown in the chart above.

Green card receivers include persons who entered as refugees.

CNS reported on May 23 that none of the 499 Syrian refugees admitted this month are Christians, a group that faces genocide in the Middle East. Counting since October 1, the start of FY2016, a total of 2,235 Syrian refugees have been relocated to the US, of whom a mere ten are Christians.

Below, Pakistani immigrant Tashfeen Malik (circled) was shot dead by San Bernardino police after she and her husband killed many of his fellow office workers in a tribute to Allah. 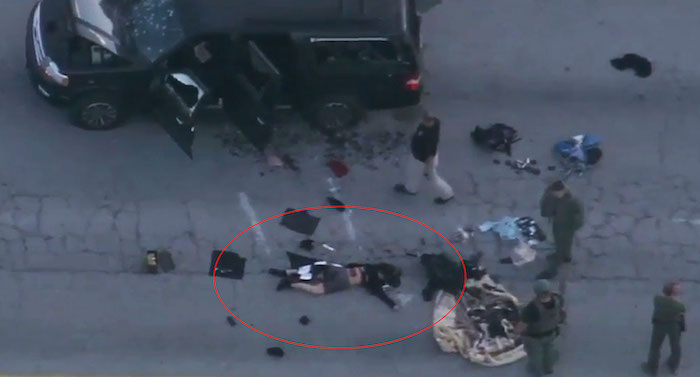 For Obama’s swan song, he has made a point of rushing thousands of Syrian refugees into America with reduced screening, a policy that remains unpopular with voters according to polling.

Background From The Subcommittee On Immigration And The National Interest:

A green card entitles recipients to access federal benefits, lifetime residency, work authorization, and a direct route to becoming a U.S. citizen. Among those receiving green cards are individuals admitted to the U.S. as refugees, who must apply for adjustment to Lawful Permanent Resident (green card) status one year after admission. Refugees have immediate access to Federal welfare benefits, such as Temporary Assistance to Needy Families (TANF), the Supplemental Nutrition Assistance Program (SNAP, or food stamps), and Medicaid. The most recent report from the Office of Refugee Resettlement indicates high welfare use by refugees from the Middle East, with 39 percent using TANF, 76 percent using Medicaid or RMA, and nearly 90 percent using food stamps.