Even in this age of the smartphone, is your military-age son too dumb to make his hegira to the EU without getting lost? Sure, you’ve been telling him for years about how Europe is the land of blondes, the dole, car-be-ques, and family reunification privileges, and he’s slavering to go. But can he really find his way, even with that new iPhone you gave him?

The chief salesman of the OECD’s PISA test writes for the BBC that PISA will soon measure Million Muslim Mob skills:

Pisa tests to include ‘global skills’ and cultural awareness

Pisa tests, an international standard for comparing education systems around the world, could include a new measurement of global skills in the next round of tests in 2018.

The OECD, which runs the tests in maths, reading and science, is considering adding another test which would look at how well pupils can navigate an increasingly diverse world, with an awareness of different cultures and beliefs.

The OECD’s education director Andreas Schleicher explains why there is such a need for new rankings to show young people’s competence in a world where globalisation is a powerful economic, political and cultural force.

Education leaders around the world are increasingly talking about the need to teach “global competences” as a way of addressing the challenges of globalisation.

For some “cross border migration” means being able to travel for work between different countries, while for others it means escaping from poverty and war.

Educators have been struggling with how to prepare students for the culturally diverse and digitally-connected communities in which they work and socialise.

In the past, education was about teaching people something. 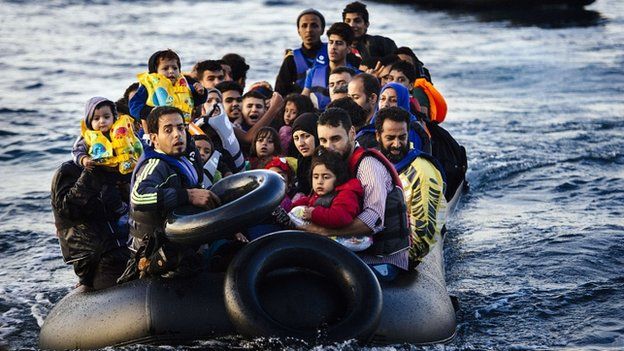 Navigating a changing world: Globalisation can mean benefits and challenges

Now, it is also about making sure that children develop a reliable compass, the navigation skills and the character qualities that will help them find their own way through an uncertain, volatile and ambiguous world.

When he’s setting out in a rubber raft for Lesbos and ultimately for Cologne, Malmo, or Rotherham, you don’t want him to read his unreliable compass wrong and instead navigate himself onto the beach in Tel Aviv. That won’t get you and the rest of your clan any closer to that life of welfare dependency you’ve always dreamt of.

By the way, I’m not making these pictures or captions up. They’re from the BBC article by Schleicher.

Schools need to prepare students for a world where many will need to collaborate with people of diverse cultural origins.

They will need to appreciate different ideas, perspectives and values. It’s a world in which people need to decide how to trust and collaborate across differences.

Schools can provide opportunities for young people to learn about global development, equip them with the means of accessing and analysing different cultures, help students engage in international and intercultural relations, and foster the value of the diversity of people. …

The idea is to provide an internationally comparative Pisa assessment that would offer the first comprehensive overview of education systems’ success in preparing young people to have such global competence. …

How well can they comprehend other people’s thoughts, beliefs and feelings, and see the world from their perspectives? 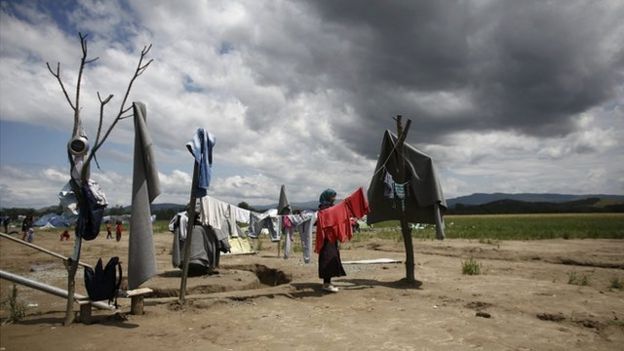 Family life: A refugee family on the Greek-Macedonian border

How can they adjust their own thoughts, feelings or behaviours to fit new contexts and situations? Can they analyse and think critically in order to scrutinise information given to them?

There is also a discussion about looking at more general attitudes, such as the openness of students towards people from other cultures. What is their sensitivity towards, curiosity about and willingness to engage with other people and other perspectives on the world?

Pisa is just at the beginning of exploring how to measure these dimensions.

But comparative evidence from tests could help countries to study how well their students are prepared for life and employment in a globalised world. 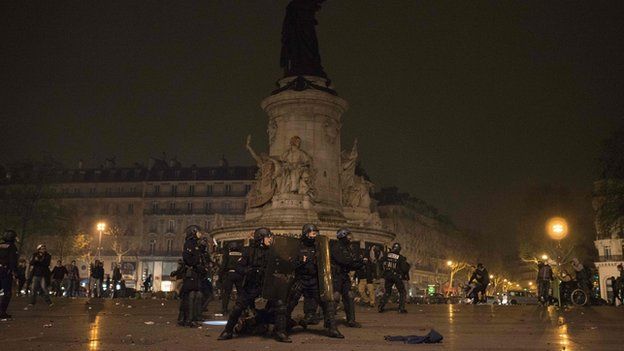 An anti-globalisation protest earlier this year in Paris

It could find out how much their students are exposed to global news and how they understand and critically analyse global issues.

… But the OECD sees global competence as the centrepiece of a broader vision for 21st-Century education.

One thing that PISA could do is test the Merkel Youth to see just how much of an economic boon they will be to the advanced economies of Northern Europe. Surely, the next generation of BMW’s will be engineered by brilliant Syrian and Afghan youths, right? I mean, Germany couldn’t possibly look to, say, EU states in Eastern Europe for skilled workers. Didn’t you see Borat? Everybody knows that Eastern Europeans are all idiots.

As far as I can tell, PISA hasn’t looked into this, but its competitor TIMSS did test Syrians in 2007:

Back in 2007, Hungarian 8th graders scored the highest in Europe, with 10% reaching the Advanced, 36% the High, 61% the Intermediate, and 91% at least achieving the low benchmark.

So, in the top two levels of math skill, Hungarians outnumber Syrians 12 to 1.

At the bottom, only 9% of Hungarians fail to achieve the minimum Low benchmark vs. 53% of Syrians.