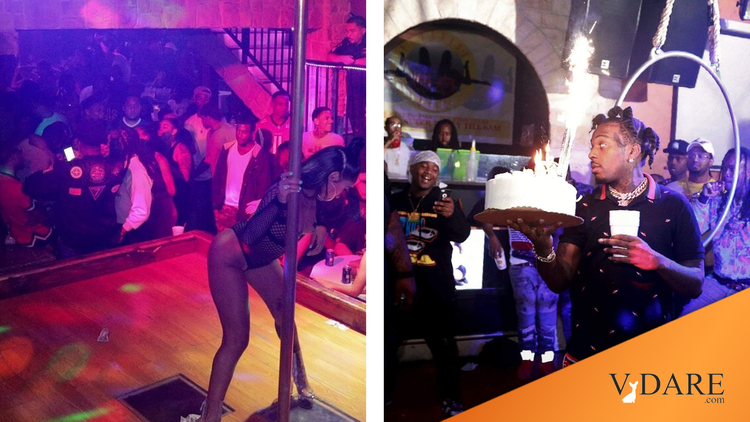 Self-Defense Shooting At Black "Gentleman's Club" In Houston: Were Both Parties Black?

What might have been a black-style mass shooting was averted by the armed security guard at a Houston strip club.

HOUSTON, Texas (KTRK) -- A security guard shot and killed a man overnight after a confrontation at a southeast Houston club, police say.

The confrontation began at Paradise City Gentleman's Club off I-45 near Fuqua around 2 a.m. Friday.

Police say the man killed was shot by the club security guard after coming into the club with a gun.

According to Houston police, the man initially came in with two friends, got into some kind of argument, left the club, and then came back with a pistol.

Officers say he confronted one of the security guards, and the guard fired. A second man was also shot, and he's expected to survive.[More]

I read the whole article, watched the video, and there's no word of what color the attacker was, the guard was, or the attacker's companion, who was grazed in the arm.  What you need to know about the Paradise City Gentleman's Club in Houston is that it has a largely black clientele, as shown by these pictures from their gallery:

However, we have to assume that this security guard was a black person, since a young black man being shot by a white security guard while trying to get into a strip club would obviously be the second coming of Emmett Till. But the point is that ABC Houston never said, and never asked.