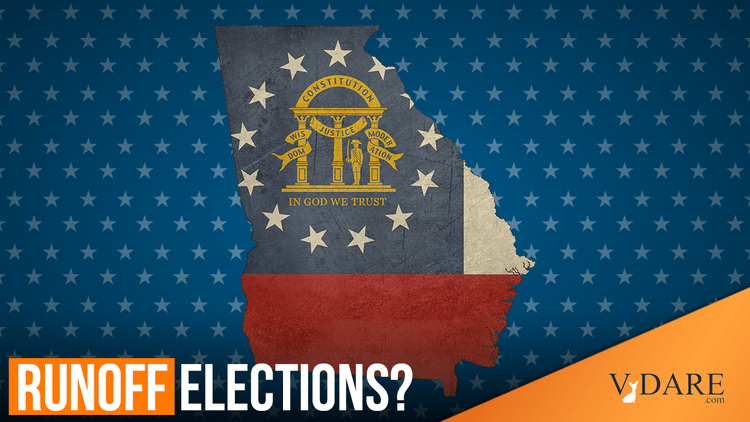 How Much Will The Democrats Spend On Two Senate Runoffs In Georgia?

The Democrats had a disappointing evening on Tuesday. But since then, with the last votes to be counted trending Democratic (as they so often do), they can still see their dreams of controlling the White House and both houses of Congress come true.

There were two Senate races in Georgia on Tuesday. It now looks like in neither race will anybody get 50.0%, so there will be runoffs on January 5, 2021. If the Democrats win both, they will have 50 Senators, and if Kamala Harris is VP, she would be the tie-breaker.

How much money are Democrats going to spend if there are two runoffs in Georgia?

Until the Trump Era, liberals complained frequently about campaign spending as being anti-democratic and biased toward Republican corporate interests. From 2010 through 2016, the New York Times ran an average of a couple of articles per week complaining about the Supreme Court’s 2010 Citizens United decision freeing up campaign spending. But then in 2017, it dawned on the Times that Hillary had spent twice as much as Trump, so now unchecked campaign spending was a good thing.

[Methodological notes: I searched on “‘Citizens United’ campaign” for the first 10 months of each year at NYTimes.com.]

This year, progressives exulted over huge expenditures on Senate and House races, with the Democrats spending $6.9 billion, about twice that of the GOP. In South Carolina, Democratic challenger Jaime Harrison raised $109 million as of October 14 versus Lindsey Graham’s $74 million, decisively smashing Beto O’Rourke’s old record.

So how much are the Democrats going to pour into Georgia to save their 2020 and give them unchecked power? A quarter of a billion?