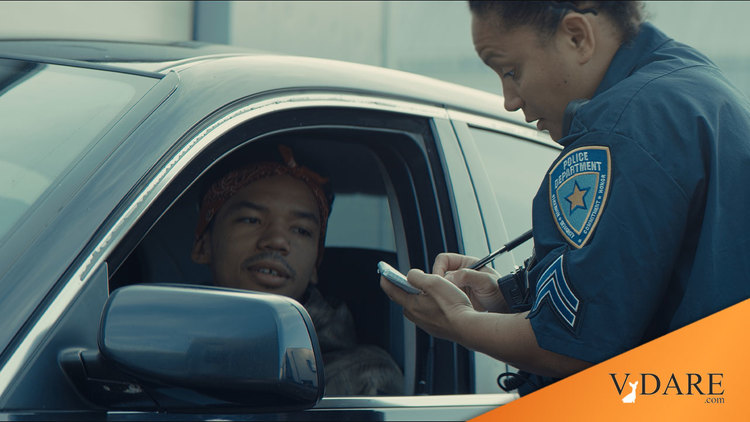 Just make it illegal to arrest black people and People of Color (POC).

According to reports, Seattle Inspector General Lisa Judge stated that such stops should be “discontinued for the safety of both officers and the public and for racial fairness.”

As inspector general, Judge is charged by law with helping to ensure the fairness and integrity of the police system in its delivery of law enforcement services. In her letter, Judge wrote that traffic stops should be limited to offenses that create a danger to the public.

Examples of this include reckless driving, DUI, school zone violations, and other similar circumstances.

Judge framed her “recommendation” as a “request,” but then went on to argue that routine traffic stops for minor civil offenses, such as an expired license tabs or a burned-out taillight can at times result in unnecessary deaths, both to motorists and police officers.

“Many in law enforcement acknowledge traffic stops are inherently dangerous, with officers approaching unknown persons, often in darkened vehicles, sometimes in remote areas, without knowing whether that person may try to harm them to avoid being arrested.”

“Many in the community believe traffic stops are inherently dangerous for different reasons, especially for people of color.”

Judge wrote that traffic stops for minor violations are a “significant infringement on civil liberty” and should be reserved for cases when a person is engaged in criminal conduct that harms others. She wrote:

“Stops for government-created requirements like car tabs, with nothing but a potential monetary penalty, do not justify the risk to community or to officers.”

She stated in her letter that routine traffic stops are the most common form of face-to-face interactions between police and the community and can impact how community members form negative opinions of the police, which can in turn influence public trust in the department. She wrote:

“Moreover, research has consistently shown that black and Latino experiences during traffic stops are different from those of white persons.”

“I have discussed these issues with others in city leadership and I believe there is support for exploring alternatives to traffic enforcement in ways that do not involve routine stops for minor violations.”

Complaints about “racial fairness” should immediately end all arrests of non-whites for any crime.

Equity means abandoning all norms governing civilized society, because such norms fail to factor in the contributions of non-white criminals.