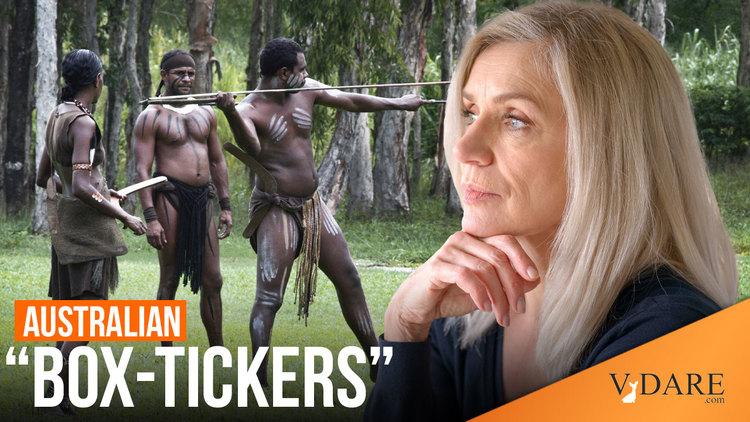 Sailer In TakiMag: The Flight From White Down Under

Earlier: Meanwhile, In Australia, The Aborigines Are Looking Very Pale

The Flight From White Down Under
Steve Sailer

Granted, the concept of “white privilege” has already achieved mental hegemony, but is it true? It can be tested simply by measuring whether more people on the racial margins are attempting to pass from being considered nonwhite to white (as happened in the increasingly distant past) or instead from white to nonwhite.

Today, we see an increasing number of white-looking individuals, especially leftist female professors of grievance studies, striving for the privileges of being officially nonwhite.

This has become hilariously common in Australia …

For example, both The Australian and the Daily Mail’s antipodal edition recently ran articles on the complaints of two different female Aboriginal-identifying academics about “box-tickers” and “nine-to-five blacks” who get the career and financial privileges of being nominally Indigenous in 21st-century Australia without really being Aboriginal.

TThe Daily Mail reports Dr. Victoria Grieve-Williams (whose bio states that as a “recipient of three ARC DI grants, she has published extensively including on race and gender in Australian, Aboriginal and transnational histories”) as dishing about an unidentified rival in affirmative-action academia:

Dr Grieve-Williams says the woman is one of the growing number of Australians who claim to be Indigenous when they have no such ancestry.

“These people are sometimes called ‘box-tickers’—because they literally tick a box to say they are Aboriginal.”… Dr Grieve-Williams describes what they do as “Indigenous identify fraud.”…

“Universities and governments are employing so-called Aboriginal people without due diligence. High-level positions, huge salaries, great opportunities through Indigenous Business Australia, all of that’s being gobbled up. There’s no penalties, or checks and balances. These numbers are increasing.”

And in The Australian, Suzanne Ingram, a Ph.D. student in health communications who is “Chair of the Redfern-based Black Theatre Company, board member of Mudgin-gal Aboriginal Women’s Corporation and advocates for the Redfern Aboriginal Women’s Alliance,” explains how suspected academic impostors on the Indigenous gravy train sidestep her interrogations:

Box tickers have become adept at using defence strategies such as “lateral violence”—a concept that colonised people have internalised oppressive colonialist behaviours and turn on each other rather than the colonizers—to silence Aboriginal people who question them. …

Strikingly, both of the new accusers themselves wear their hair blond. Grieve-Williams looks rather like Donald Trump’s first wife, Ivana, and Ingram resembles a Danish milkmaid.

In contrast, here’s a recent photo of one of the last wild Australian Aborigines, whose 9-person band walked in out of the Bush in 1984: 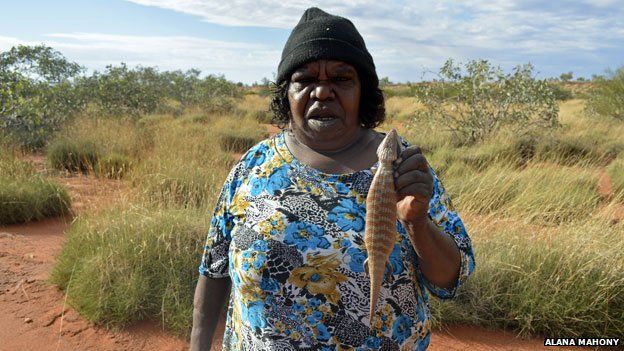