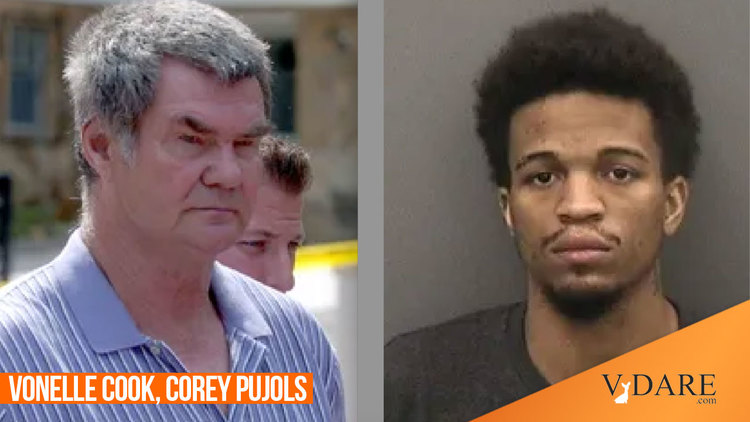 Earlier I wrote about Vonelle Cook, the 77-year-old white man killed by Corey Pujols, a black Dunkin’ employee, in a verbal spat about customer service.

In comparing the severity of the crime to the punishment, it's as if the charges against Pujols were simply dismissed.

The prosecutors openly admit that Pujol's status as a black man aggrieved by a racial slur (assuming this is even true—I would like to know if the investigation corroborated this) drove the light treatment.

That may or may not be fair, but it's true.

“And kids, know that everything I just advised is itself undiscussable with the world at large. If you tell anyone I told you this stuff, someone would call the child protection agency.”

Bonus tip for Asian women: stand in the middle of the subway platform. Keep looking in all directions. If a black person approaches and tries to engage, try pretending that your cellphone has just rung, and it’s prompted you to start walking away.

As the liberals say, “Stay safe!”