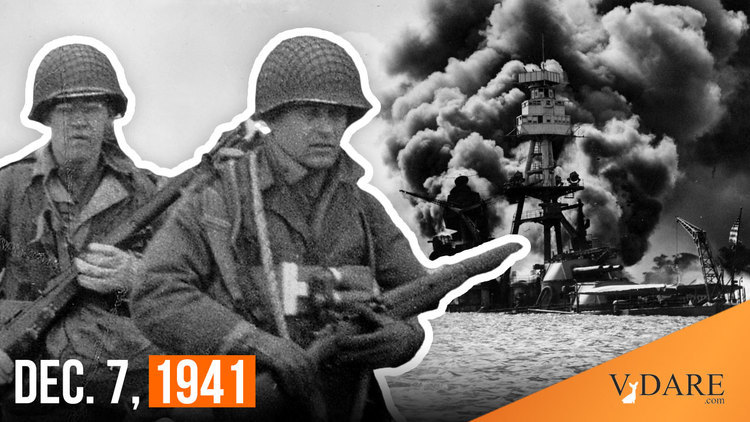 The most unfortunate victims of the Japanese attack on Pearl Harbor—which happened 66 years ago today—were surely the 2,333 military personnel who lost their lives.

FDR called it, "a date which will live in infamy." Perhaps in 1941, a surprise attack on another country's military was infamous. But considering that in 1986 the U.S. launched a surprise attack on another country's civilians, [They mean a raid on Libya ordered by Ronald Reagan]12/7 looks a lot less infamous than the direct domestic aftermath, felt especially keenly here in the Northwest. [More]

Well, no. The Japanese attack and mass murder at Pearl Harbor were a lot worse than the internment of either enemy aliens or their American citizen relatives. The US Government eventually let the all internees go, many of them long before the war with Japan was over, while all the dead at Pearl Harbor remain dead to this day.

And the Empire of Japan was famous for its atrocities—the rape of Nanking, the torture and murder of Allied POWs, the Manila Massacre, all the things that everyone learns about in school—wait, I'm wrong, they don't learn about it in school. What they learn about, at great length, is the internment. But for the record, Wikipedia finds it necessary to divide the subject of "Japanese War Crimes" under nine headings:

Those are just the basics—major atrocities have their own individual pages. Nothing FDR ever did, and he did a lot, (I'm not an FDR fan) equaled the cruelty of the Japanese in World War Two. And if he does live in more infamy than the Empire of Japan, then it's the fault of multicultural propaganda in the schools.