The following is largely a summary/copy of daily blogging by my friend and partner-in-crime, David in TN, beginning last Monday, and of a long telephone conversation we had on the case a couple of days ago.

CNN produced a documentary on the murder of Jessica Chambers, which it scheduled for broadcast on the Saturday (on CNN) and Sunday (on its subsidiary, HLN) before the trial began. 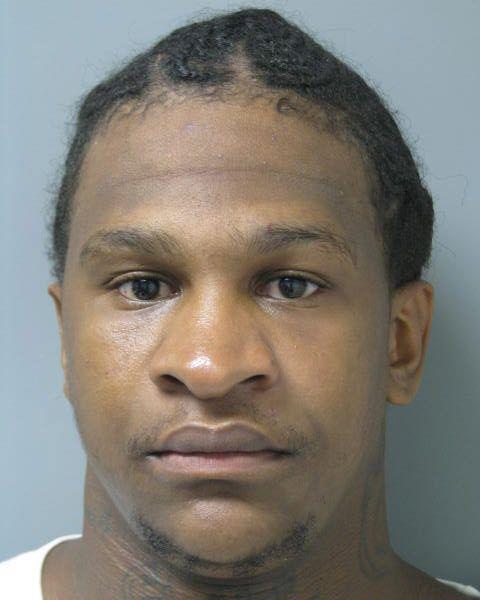 CNN “pre-empted” the show on Saturday for the tornado and attacks on Trump.

The theory of the lead investigator is Tellis (right) had done something to her and thought Jessica Chambers was already dead when he set the car on fire.

The doc ran on Sunday night on HLN, as planned, thus ensuring that only a fraction as many people would see it.

The film crew spent a great deal of time with the DA, the chief police investigator, and Jessica Chambers’ best friends, a black woman, as well as Clarion-Ledger reporter Therese Apel, Chambers’ parents, and other people from the hamlet of Courtland.

While on the surface, the film seemed to be in “Just the facts, ma’am” mode, it was actually working from the usual racist script.

The bad guy of the piece was not the defendant but the victim’s father, Ben Chambers Sr., because he said that he opposes interracial dating.

Jessica’s mom (who had long ago split from her dad) was o.k., because she emphasized that she had nothing against her daughter dating black guys.

Keep in mind that Jessica Chambers was a very discriminating young woman. Not only did she only sleep with blacks, but only with black criminals.

Her first boyfriend, abusive gang member Bryan Rudd, had moved away to Colorado. The second, drug dealer Travis “Travo” Sanford, was in prison at the time of her murder. Panola County DA John Champion rejected Internet speculation that the jailbird might have ordered Chambers’ murder from inside.

No mention was made of the People magazine report that largely introduced this atrocity to the nation, or of the reporting done by the local paper, The Panolian, whose editor/publisher, John H. Howell Sr., was very helpful to this reporter, graciously giving me an extended interview.

The documentary denied that Jessica and Tellis, who had only met two weeks earlier, had slept together, but reports I’ve read said they had.

On the one hand, the audience was told that Chambers had been running with “a bad crowd,” but on the other hand, we were supposed to ignore the fact that all of the men in that bad crowd were black. 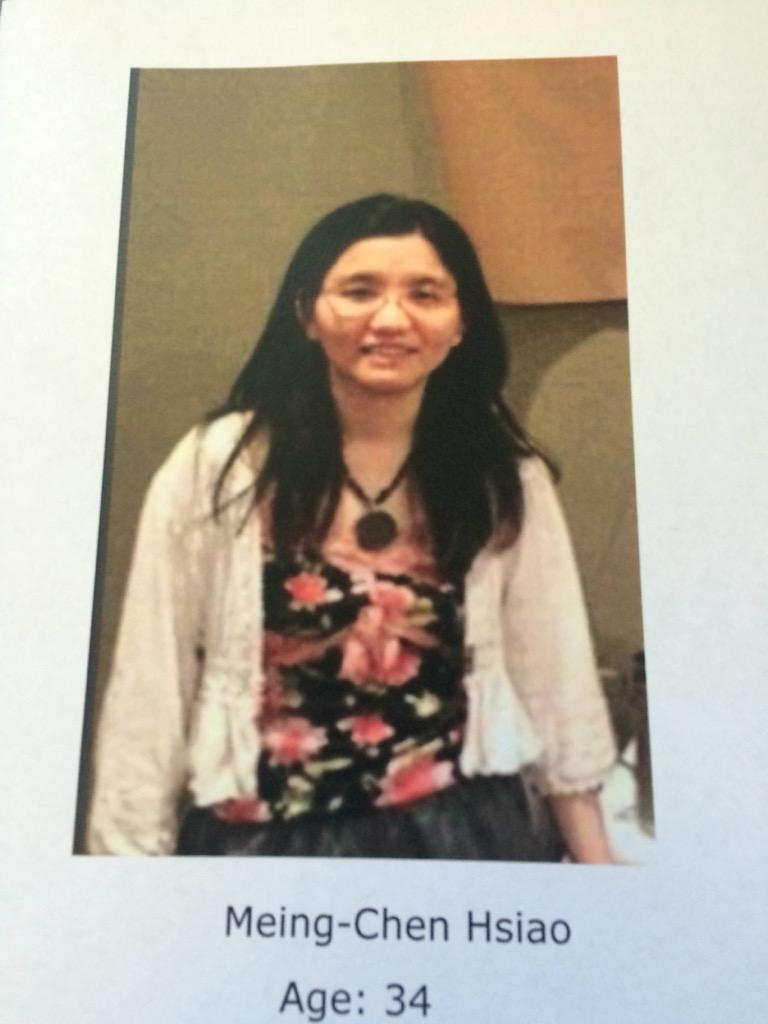 The script also turned black murder defendant Quinton Tellis (whom authorities also believe committed the torture-robbery-murder of  Chinese graduate student Meing-Chen Hsiao in Louisiana eight months after the Chambers murder) into a victim. Tellis was supposedly as gentle as a lamb, before spending a four year bit in prison on a ten-year sentence for burglary.

Tellis, who has repeatedly benefited from criminal justice affirmative action, likely attended master classes in prison with other bright lights, who would have taught him how to commit the “perfect crime,” by burning his victims, in order to destroy DNA evidence.

Monday saw voir dire, and the choosing of a jury. The trial proper began on Monday, and ran through the weekend. The jury began deliberations on Sunday, and will pick up where they left off at 9 a.m. Monday.

Monday, Day 0: Prospective jurors underwent voir dire, and the jury was empaneled. Since the justice, er, the death penalty, is off the table, the black prospective jurors didn’t need to lie during voir dire, by claiming that they were ready, under appropriate circumstances, to vote for execution. (The prosecution argued that it would be easier to get a conviction without the death penalty being in play. You can say that again.) 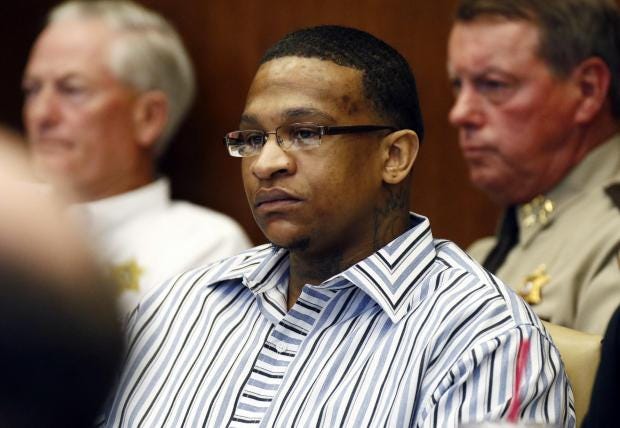 Tuesday, Day 1: Quinton Tellis is sporting a pair of eyeglasses, just like Lemaricus Davidson at his trial for the Knoxville Horror.

Jessica Chambers managed to say something like "Eric" or Deric." In her condition (throat literally on fire) she might have been trying to say "Tellis," and it came out "Deric."

Tellis' DNA was found on the car keys that had been tossed to the side of the burned out car.

Wednesday, Day 2: One white man gets himself kicked off the jury, after he is caught posting to Facebook, “It Sucks.”

That makes the jury 7-5 black over white.

Several people at the scene said Jessica Chambers said “Eric.” Most observers see this as a major sticking point regarding a conviction in the case. On the other hand, the victim called herself “Katrina” and other names. It's difficult to imagine the state she was in. (She had First and Second-Degree burns on 98 percent of her body.) One witness testified to asking Chambers if her killer was white or black and she answered “Black.”

Thursday, Day 3: The jury was taken to the scene of the crime, the store where Jessica Chambers was last seen alive, and the suspect’s home.

The live stream I saw allowed you to see the autopsy photos, very horrific.

Jessica Chambers’ body had been turned brown by the fire, with red splotches all over. Her hair was singed, with some burned off. The eyes were shut with mouth open, burns and soot showed inside the mouth. It's difficult to see how she could have spoken very clearly.

The hospital gave Jessica Chambers “comfort care,” what they give to a patient who won’t survive. She looked to be in terrible pain when she died, her face twisted in agony.

Friday, Day 4: Quinton Tellis admits to being with Chambers the evening she died.

Investigator testifies how phone records and interrogation began to swing case against Quinton Tellis. (Tellis deleted his telephone messages, as soon as he heard Chamber had died.)

Interviewed by police, Quinton Tellis admits to being with Chambers most of the day. He had lied when questioned a year earlier that he was with her only in the morning.

This filled in the timeline right up to Chamber’s horrific death.

Closing arguments. The defense rested without calling any witnesses, Tellis in particular. His original supposed alibi witnesses couldn't support him.

You wish Knoxville Horror prosecutors Takeesha Fitzgerald and Leland Price were on this case. Or former LA prosecutors Walt Lewis or Paul Turley.

A top-flight prosecutor would have a field day in the rebuttal.

I think the prosecutor did well in his rebuttal. He started by pointing out "Her name was Jessica Chambers, not Erica Chambers." The defense attorney called her "Erica Chambers" in his closing.

He pointed out Tellis was proven by cell phone and texting to be with Chambers up to four minutes of when she would have been murdered.