Radio Derb Is On The Air: Black Fear Of Trees, Etc

Radio Derb is on the air—go here to listen, here to download the podcast. Sample:

Just a shout-out here to one of the best bloggers in the business, Daniel Greenfield. He runs a blog named Sultan Knish. That's a damn stupid name, if anyone wants my opinion, but nothing else about the blog is stupid.

May 16th Greenfield ran a post about Mickey Fearn (above) the affirmative-action hire in charge of Communications and Community Assistance for the National Park Service. Mr Fearn has figured out why black people don't patronize our national parks much. It's the trees. 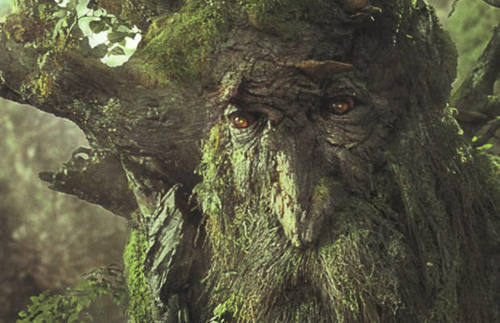 Blacks, you see, associate trees with slaves being lynched by their masters. That's Mr Fearn's theory. Or not precisely his: as Greenfield shows, there's a whole mob of academics, celebrities, judges and activists pushing this stuff.

Never mind that no rational slaveowner would destroy an item of valuable property without a very good reason; and never mind that the Tuskegee Institute logged four years in which more whites were lynched than blacks. Never mind any of that: there are jobs and money at stake here! Ask Rev'm Al.

Someone in that activist mob has further claimed that national parks alienate Latinos too, because Park Ranger uniforms look too much like the Border Patrol.

I think the activists are missing a couple of tricks here. Chinese-Americans don't go to national parks because the shapes of the hills remind them of coolie hats. Homosexuals don't go into the woods because it would remind them of the butt-rape scene in Deliverance. Transgender people … oh, give me time, I'll come up with something.

Post
AP: Watch Out For The L-Word—"Looting" Is A "Racially Charged" Word For Some Reason