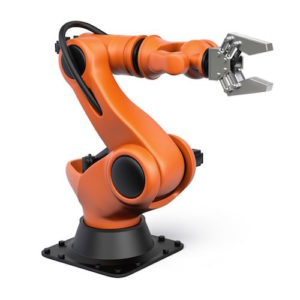 A one-time CEO of McDonald’s, Ed Rensi, recently appeared on a Fox Business show and explained the financial facts about automation in the fast-food industry: “If the $15 minimum wage goes across the country, you’re going to see job loss like you can’t believe. I was at the National Restaurant Show yesterday and if you look at the robotic devices that are coming into the restaurant industry — it’s cheaper to buy a $35,000 robotic arm than it is to hire an employee who’s inefficient making $15 an hour bagging French fries — it’s nonsense and it’s very destructive and it’s inflationary and it’s going to cause a job loss across this country like you’re not going to believe.”

McDonald’s workers can’t be the sharpest knives in the drawer, otherwise they would see the negative outcome of their noisy demands for $15 per hour — that automation technology would be brought in to replace them more rapidly. Some fast-food restaurants have already installed computerized kiosks or tablets on tables for non-human ordering.

The union bosses who are pushing the worker demonstrations surely know about the automation juggernaut, but must think that the publicity provides some relevance for the fading union movement. To them, the inevitable job loss for thousands of poor people apparently counts for little. The transition to automation was coming anyway in the fast-food business where labor costs are a big part of expenses, but the Fight for $15 movement is accelerating layoffs.

“I don’t see it being a risk to job elimination,” Easterbrook said when asked about the wage/robot theory. “Ultimately we’re in the service business. We will always have an important human element.”

McD’s customer base is pretty similar to its workforce, so Easterbrook probably didn’t want to look unfriendly to the general community, hence the illogical blather. In the real world, if robots replace workers, then there will be fewer job slots available for humans.

All in all, automation is shrinking job opportunities across the working spectrum, from highly skilled legal research to lower-skilled factory and food service jobs. Therefore, America doesn’t need to import immigrant workers to do jobs that will no longer exist for humans.