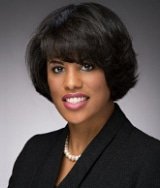 Stephanie Rawlings-Blake, the lady mayor of Baltimore, who is black, talks about the Knockout Game, which is an almost exclusively black pastime, in Baltimore, which is a black city with a white minority.

No hint of any of this appears in the CBS DC story Baltimore City Mayor Speaks Out Against ‘Knockout Game’ June 25, 2014.

WNEW Annapolis Bureau Chief Karen Adams reports that Baltimore City Mayor Stephanie Rawlings-Blake is disgusted by the attacks and says they are not a game.

“They don’t understand the consequences,” Rawlings-Blake said. “If you knock someone out, you could think its a joke and you’ll hurt somebody – that person could die. And then your life is ruined for some stupidity that you and your friends think is fun. It’s just not worth it.”

Rawlings-Blake said Wednesday that adults in the city can help to prevent these crimes by being more involved in the lives of children who may be roaming the streets.a

This comes days after two incidents that police believe are connected to the knockout game, which involves a group of people trying to knock someone out with a single punch.

This past weekend, a Texas man in town for his college orientation was reportedly punched in the head outside the Baltimore Harbor Hotel by a group of youths. Last week, two brothers claimed they chased down a group of about 20 kids after being punched. Police say a 16-year-old boy was later arrested.

However, the violence is not exclusive to Baltimore.

In November, a woman in Northwest Washington told police she was attacked by a group of eight people, with one hitting her in the head.

The “games” have caused deaths in New York, New Jersey and Missouri.

Emphasis added where CBS is being deliberately obfuscatory. Of course, the commenters are wise to the truth.