Quote of The Day: Kipling and Young People Afraid To Kipple—"...They Had Never Actually Read Any Kipling. More To The Point, They Had Been Told Not To." 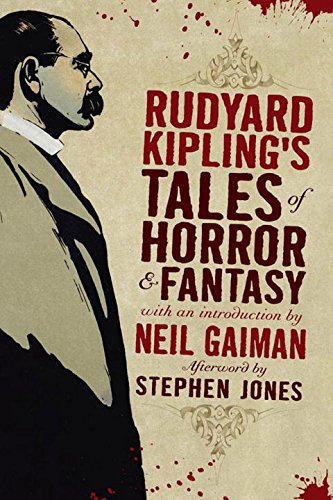 "Years ago, back when I was just starting to write  Sandman,  I was interviewed, and in the interview I was asked to name some of my favourite authors. I listed happily and with enthusiasm. Several weeks later, when the interview had been printed, a fan letter arrived at DC Comics for me, and was forwarded to me. It was from three young men who wanted to know how I could possibly have listed Kipling as a favourite author, given that I was a trendy young man and Kipling was, I was informed, a fascist and a racist and a generally evil person.

It was obvious from the letter that they had never actually read any Kipling. More to the point, they had been told not to."

Kipling actually was a racist, by most definitions of the term. He was not a fascist, nor a generally evil person.

He was a traditionalist, with an exaggerated respect for authority. In spite of this, it is impossible for anyone who has read Stalky & Co. to imagine him refusing to read something because his elders warned him it was wicked.

I bet half of those kids who wrote Gaiman owned "Question Authority" T-shirts.