From the NY Times oped page, a pretty good illustration of my observation that contemporary ideological conventional wisdom has jettisoned all attempts at thinking in terms of objective principles and has moved on to pure Stalin-citing-Lenin Who-Whomism.

Steve Phillips, the founder of Democracy in Color and a senior fellow at the Center for American Progress, is the author of “Brown Is the New White: How the Demographic Revolution Has Created a New American Majority .”

The White House is assertively working to make America white again, and Democrats are too afraid to speak that truth. The aggressive pace of deportations of immigrants of color, the elimination of the DACA program protecting immigrant children and the proposals propounded by the anti-immigration voices in the administration will all have the undeniable effect of slowing the rapid racial diversification of the United States population. Despite this sweeping attempt at racial social engineering, few voices in progressive and Democratic circles are responding with the kinds of outrage that one would expect.

Trump is engaging in a “sweeping attempt at racial social engineering!”

… It should be no surprise, then, that the immigration policies championed by the White House would all have the effect of reducing the number of people of color coming into the country. A recent study by The Washington Post found that the administration’s proposals to curtail legal immigration by limiting family reunification would slightly delay the date when whites become a minority.

… “Decades ahead,” he added, “many fewer of us would be nonwhite or have nonwhite people in our families.”

The administration’s focus is not random. Nor is it illogical, if one’s goal is to maximize the influence of white people. Since the passage of the 1965 Immigration and Naturalization Act, the chromatic composition of the country’s population has undergone a fundamental transformation. People of color used to make up 12 percent of the United States population in 1965, and that percentage has more than tripled over the past several decades to the point where nonwhite people are nearly 39 percent of the residents of the United States (it is no accident that the country’s first African-American president was elected when he was elected). Mr. Trump’s team understands that the specific laws it seeks to eliminate have played a significant role in that demographic revolution.

As distasteful as many people find unapologetic advocacy for public policies that favor white people, the truth of the matter is that immigration laws have been among the longest-standing and most strongly defended cornerstones of our government. The very first immigration law passed, the Naturalization Act of 1790, declared that to become a citizen, one had to be a “free white person.”

… The big-picture reality of this moment is that Mr. Trump is too late. His attempts to make America whiter are doomed to fail because the demographic revolution is now irreversible. The driving force of the browning of America is no longer immigration but birth and death rates. A majority of babies being born are of color, and a majority of people dying are white. …

Perhaps understanding the math of the matter can inspire Democrats to carry themselves with courage and the confidence that resisting Mr. Trump’s pro-white public policies is not only morally right but also squarely places them on the right side of history. 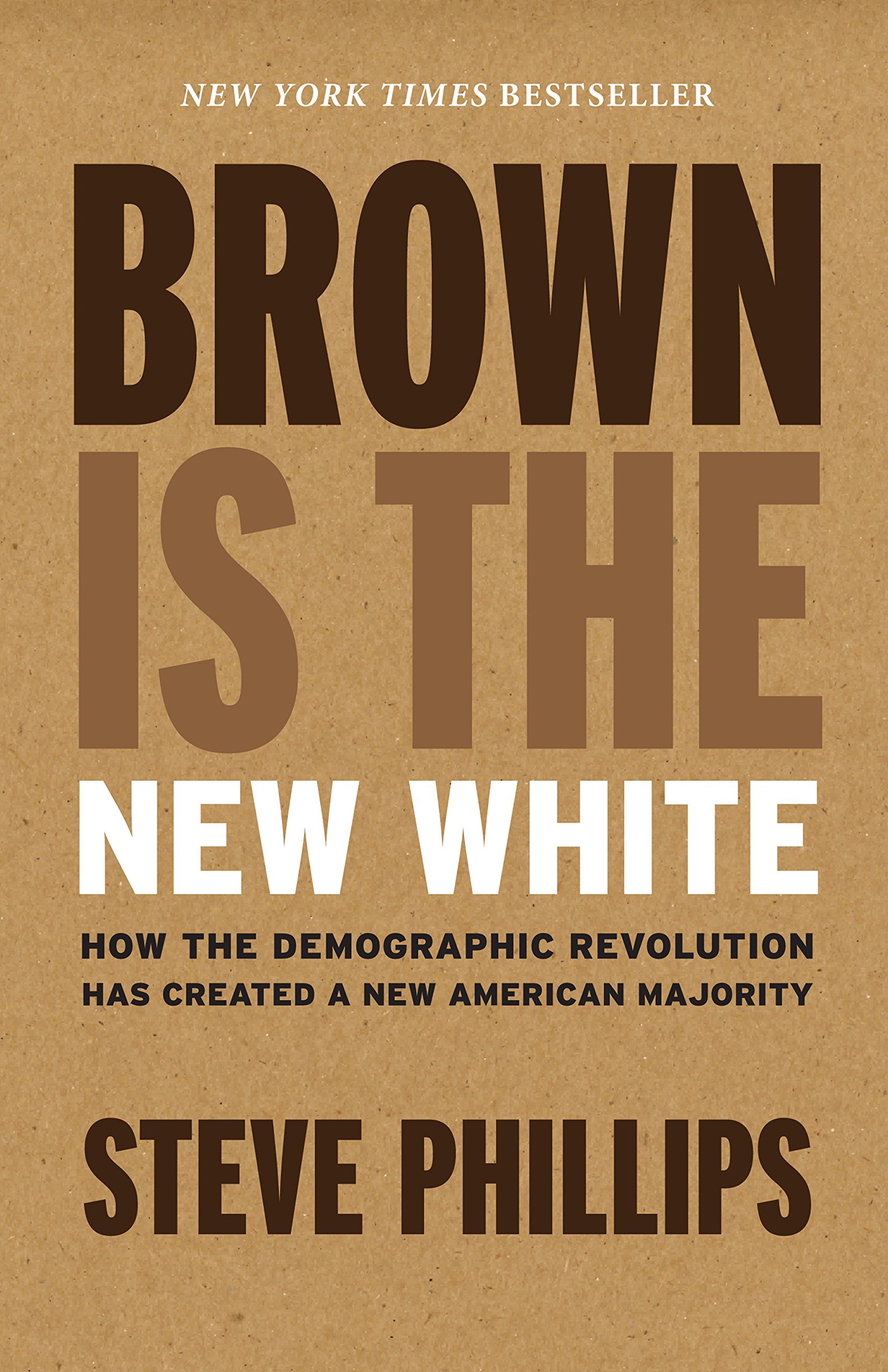 From Amazon, here’s Mr. Phillips’ description of his own book:

A leader in national politics for thirty years, Steve Phillips has had a front-row seat to these extraordinary political changes. A civil rights lawyer and a senior fellow at the Center for American Progress, Phillips draws on his extensive political experience to unveil exactly how people of color and progressive whites add up to a new majority, and what this means for U.S. politics and policy. A book brimming with urgency and hope, Brown Is the New White exposes how far behind the curve Democrats are in investing in communities of color–while illuminating a path forward to seize the opportunity created by the demographic revolution.