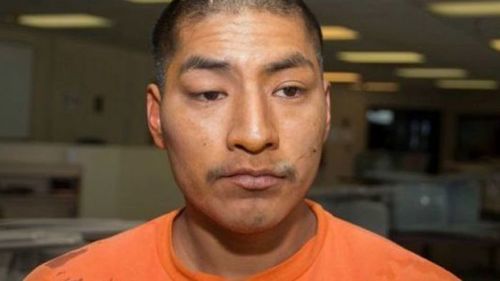 Alleged attacker Jacob Harvey, already in jail until 2041 on a charge which we don't have to say "alleged" about. Prison records give Harvey's race as "native Indian", which in this case means  Tohono O'odham (Papago to you.)

Here is leftism at its finest:prison sends woman teacher alone into a room full of rapists to give them a high-school equivalency test. Convicted rapist stabs and rapes her. Prison officials blame "chronic understaffing and "lax security policies," not the boneheaded decision to send a woman teacher alone in a room full of rapists.[Teacher giving sex offenders test attacked, raped in Arizona prison, reports say, Associated Press, June 19, 2014]

One hopes the teacher has learned a lesson some liberal women can't seem to grasp. Contrary to liberal myth, there is such a thing as a bad boy.